Morgan great history lesson on the Condos for Sale at the American Felt Building at114 East 13th Street.  If I were referring clients to your area for a condo you would be my go to guy for sure!  You know your area real estate market well my friend.

I am always blown away by the prices up there! I know it is New York City but imagine what you could get down here with that money................I once said that to somebody and they reminded me of all that NYC has to offer that we don't have down here.......so I guess it balances out.

Hi Morgan -- I love that you have shared the history behind the building and the neighborhood.   You truly have an insider's knowledge of not only the American Felt Building but NYC condos and co-ops that makes you invaluable to buyers and sellers in your market.   Nicely done as usual.

The American Felt Building Condominium  union square NY condo's sound very appealing. It sounds like you're an expert in the NY area. Keep up the good work!

American Felt building is in a great location based on what I know and I am sure these are luxury condo's. Not cheap in price byt still prices are just as high on the upper East side I believe. I hope you some leads from your excellent description of the building and surrounding area.

I think it's great Morgan that the building kept the name and enjoyed reading about its beginnings!

The American Felt Building condos for sale is definitely one of those buildings that when a buyer see's the apartment they will know they are looking at something unique compared to almost everything else on the market.

One of my favorite buildings in the Union square area, the american felt building is definitely worth taking a look at.

Oct 29, 2012 12:22 PM
LIKE
#11
You must sign in or register to leave a comment
Login Register
Show All Comments
Older Post Newer Post
Back to Top
Generate More Leads from this Listing
With a Trulia Pro Account
Learn More
Find what you need?
See More Blog PostsAbout Real Estate! SEE MORE NOW!
Rainmaker
623,229 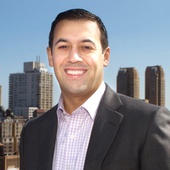