The real estate market in the Naples and Marco Island areas is primed for a transition. For the first time in 4 years, the Q3 pending and sold volumes on Marco Island were above the average line while Naples volumes were at or just below the average line. Couple this with the lowest inventory levels that we have seen since 2004, These markets could be primed for a turnaround by Q1 2013. One sector that has made a turnaround is new construction. Virtually nonexistent 3 years ago, the builders have benefited benefited from the lack of inventory.

Although the 4 year price trend is still downward for the Marco Island real estate markets, its the first time that Q3 has come in above the trendline, indicating strength in the future. The Naples real estate prices are flat but could see some growth as we move into season.

According to the Sunshine MLS, the Naples and Marco Island real estate makes had the following sales in the third quarter of 2012.

Of the sold properties, 290 were bank-owned(aka REO) and 332 were short sales. Putting the distressed property rate at 31% of sales volume.

Furthermores, foreclosure filings have been trending up in Collier County, particularly in Naples. We believe that this will continue to hold pricing to a slow growth pattern. However, as we have stated before. we do not have a crystal ball. So, we cannot predict the market. Historically, this market has a tendency to heat up quickly and prices could move up sharply. Meaning those buyers that remain on the sidelines may find themselves paying more than expected for the same home.

If you or someone you know are interested in buying, selling or investing in the Marco Island or Naples area, please call 239.394.3040 or email BuyParadise@BartosGroup.com 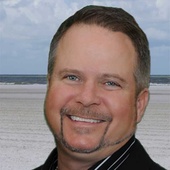