Here we are in Hawaii trying to get a train system going while trains in areas more populous than ours are failing and being discontinued and after the governments lose millions and millions of taxpayer dollars.   It is really a challenge to try to understand why our genius city council in Honolulu still believes that the train here is a viable idea.   I guess we will have to wait until they have lost big bucks before we get upset enough to do anything.

The whole idea should have been brought to a referendum, but the Honolulu city council didn't think the tax payers are smart enough to have made the "right" decision.   Boy, how do we keep electing such arrogant and incompetent people?

Show All Comments
Rainmaker
101,020
Chris Frantz
EDU Real Estate Group - Indianapolis, IN
I lived in Hawaii back in the early 90's and I don't remember any room for a train then.  So how in the world could the expect to have a train now.  I think this is one place where a monorail could be built that would benefit everyone.  Have them connect all the military bases and run it along all the major highways and you will be set.
Jan 22, 2008 11:02 AM
LIKE
#1
Rainer
17,201
Jerry Bangerter
RE/MAX Kai Lani - Honolulu, HI
The train is planned to go from Kapolei to Honolulu, but by their best estimates, it will not reduce the traffic on the highways.    The problem is that because of stops etc., they expect the one way trip to take longer than it does in the family auto, even with the traffic.   There are just better options.   We don't have a shortage of Public Transportation, we have a shortage of highways.   Jerry
Jan 22, 2008 11:29 AM
LIKE
#2
Anonymous
K MCONUS

WHo put Washington in the right corner and Puerto Rico in the left corner. Some guy at a bar actually told me it was the dinosaurs... How the hell did they do that? 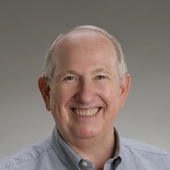