Scheduled hearings by the Fairfax County Planning Commission on at least three major Tysons Corner rezonings have been delayed as long as six months at the request of the developers, according to the county.

Most Tysons redevelopment applications linked to the four Silver Line Metro stations were submitted one to two years ago, before the county had settled on urban design guidelines, a public facilities plan, traffic study requirements or athletic field locations.

Those details must be worked into the final applications before they are heard by the Planning Commission, said Keith Turner, vice president of Cityline Partners. Traffic studies alone can take as long as a year.

Cityline needed more time to work out various issues with its proposals, said Turner, chairman of the Tysons Partnership, an organization of Tysons developers, businesses and community leaders. The developer’s Nov. 14 date with the Planning Commission on its Scotts Run Station South rezoning applications has been pushed to Feb. 13.

“We would like the county to have moved faster, but at this point, it’s not a concern,” Turner said. “For now.”

Most Tysons developers, he added, are probably in the same boat.

The application by MR Commons LLC (LCOR Inc.) for The Commons, scheduled for an Oct. 18 commission hearing, was moved to April 17. LCOR proposes to redevelop its 21-acre, 331-unit garden apartment complex, called The Commons, into a mixed-use campus featuring as many as 2,559 residences.

Cityline, at least, has plenty of Tysons activity to keep it busy as the company waits for its turn before the commission. The Board of Supervisors will hold a public hearing Oct. 30 on the developer’s 2.6 million-square-foot Arbor Row project, which won planning commission approval Oct. 17. 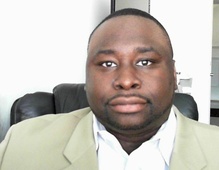 V2RI has access to residential and commercial properties from banks across the United States. You can buy in bulk or one at a time. To get access to these properties will require the following: - Proof of Funds (3 months of bank statements) - Proof of Liquidation (copy of certified funds) - Proof of Funding (Letter) - Proof of Intent (Agreement/contract between you and V2RI to provide services) We work in conjunction with the banks to provide a homeowner an investor cash buyout option before the property reaches the hands of an asset manager or becomes an REO. Proof of Funds and liquidation are required prior to getting a listing of the properties available. Please send an email to visions2realityinternational@v2ri.com to schedule a time to discuss your business and real estate acquisition goals. My assistant, Jenie Maraganas, will work with you to set a time for us to work on getting you setup to be a client so that you can begin buying properties from the banks. If you are a real estate agent looking to provide residential or commercial properties to your clients, we can work together to accomplish this goal. Get in contact with me to find out how.