see contentedly munching bamboo leaves. This is the one that is the code name for Google’s active algorithm – the top secret code the search engine giant uses to determine what list of pages appear when users type in ‘houses for sale in Kalamazoo’ or ‘listings in Peoria.’

This Panda has attitude: it can maul an innocent website it doesn’t like in a flash. It is good business practice for Realtors® to avoid offending the Panda. In fact, you’d better try to feed it whatever it wants!

The perpetual problem is trying to figure out what it does want. Its dietary preferences are fickle. A few weeks ago, it started turning up its nose at one of its previously tolerated morsels – the EMDs (Exact-Match Domains).

EMDs are the www dot NAMES that exactly duplicate a query: if, for instance, you have named your site ThreeBedroomDoubleWidesInTucson dot com, you knew Google might reward you with a high ranking for a query with exactly that term. As of the beginning of this month, it turns out, not so much anymore.

According to Matt Cutts, the public spokesman for Google’s algorithm lab (think of him as Panda’s keeper), this is just an incremental step in that direction. It’s like Penguin – another of Google’s bestiary (the one that pecks away at spam and bad links).

Through it all, you who post and blog with real content -- articles that please actual humans (the kind the staff at RealtyPLR.com send you every Monday) -- don’t need to fear the latest Panda update. You are still as likely as ever to be a favorite snackable.

Groups:
The Art Of Marketing You
Active Rain Newbies
Be The Best In Your Field
Realtors®
Blogs Happen... 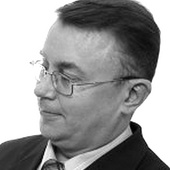 Have you ever wondered why some websites show up at the top of search results and yours...well...doesn't? The short answer is their website is likely fresher than yours. The long answer is PLR. Welcome to the PLR world of GhostBlogging. We offer a monthly subscription to researched, SEO- and GEO-optimized blogs for our clients to use as their own for $39.95/month. Our private-label articles are an effective blogging tool to help anyone in the real estate field looking to increase leads, boost online credibilty, and close more deals. We also offer a 30-day FREE trial for ActiveRain users if you follow this link: http://www.realtyplr.com?ch=AR -MC