I feel I cannot refer to myself as a "Geek". I have a huge geeky side but I feel that becoming a full fledged

Geek would be a full time job and possibly require higher education from Geek University.  My partner and I are admittedly a little geeky and love technology.  I remember about 5 years ago I was a T-Mobile customer and I bought my first smart phone.  It was the HTC My Touch. It had a 3" screen and I marveled at the apps and all the cool stuff it did.  Looking back, I realize that it did not do much and had a crummy display but I could get email on it and it took pictures.

years.  I loved my DroidX. I did more with it. I started using google calendar, drop box and google drive on it.  It was my 3G right arm.  Two months ago I bought the Samsung Galaxy Tab 10.1. Still with Verizon. The display blew away my DroidX and my tablet became my Left Arm. I write contracts on it. I can use it everywhere because of the data plan and I have all the cloud features so I can do everything on it I can do on my laptop.  My partner teased me about buying it saying I was "a nerd" and "one of those people". The first evening I had it he asked to see it.  It was returned to me hours later when the battery died. LOL.

Monday was my Birthday. Sunday was the day I was available for my phone upgrade through Verizon.  We headed to Verizon to combine our plans. I was paying $160. a month for the phone and tablet with 6G data. He was paying $150. for 2 lines and a data plan.  We now have 2 smart phones, 1 tablet and one flip phone all on one plan for $189. a month.  While we were there we each used our upgrades and Brian bought my phone as a Birthday gift.  We are now the happy owners of the Samsung Galaxy SIII.  The second I woke up the screen I was in love.  It is amazingly fast (so is the samsung tablet). the camera is AMAZING and lets you take repeated pictures in a matter of a fraction of a second.  You can take pictures from the video. The screen is BIG but the phone is very slim. It has S Voice (Siri) and S Beam.  S Beam is how you transfer files from one phone to another.  Brian took a picture of our puppy and I wanted it. We touched phones and he tapped the photo and BAM I had it on my phone in like 4 seconds.

If you are looking for a new smart phone I highly reccomend you take a look at the Samsung. I did look at the iphone5 and after about 3 minutes I walked away from it convinced it was not what I wanted.

I got the Galaxy SIIInot long ago..and I am really liking it also...

Michael - there is good reason that the S3 outsells the Iphone - I am on the S2 but my wife just got the S3 and it is incredible. If this phone had an Apple logo on it it would outsell the Iphone 10 to 1! Regards Dave

welcome to our world! droid charge here and it does it all (well before iphone could do it!)

Michael- I went from my DroidX (I may have had a lemon but I came very close to tossing it in a canal) to the iPhone5.  I do love the Android system and Google though and  I'm trying to talk my hubby into getting the Samsung Galaxy III.

Honestly I was waiting to get beat over the head by iPhone users.  I honsetly have to say the iPhone5 woke up slower, the apps opened slower and the camera was inferior to the Galaxy.  We are LOVING that we can touch phones and transfer pictures of the dogs and music playlists.  Also, I opened the map and it said I was in NY City. Tampa, I would have accepted but not NY. Now that I have a Gaxaxy Tab and a Galaxy Phone...My next Lap Top will be the samsung chrome book.  :) 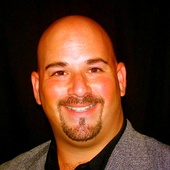