Forget the deal. A Home Inspector Can Save a Life!

Ok. The title is a bit dramatic. However it is true. This is a story of how a home inspection prior to the listing of a home could have saved a deal, but more importantly prevented personal harm sooner.

We had a very interested buyer for one of our listings. The buyer was concerned about the slight odor of natural gas in the home. It was not obvious to us or our client, but our client decided to call the gas company as a precaution.

The gas company service team showed up promptly and spent over 90 minutes testing and surveying the home inside and out. They found nothing. No signs of a gas leak anywhere on the property.

We reported this to the buyer who returned and again detected the odor. She walked away from the property and never went forward with an offer. A couple months later, along comes another very interested party. Once again, the odor of natural gas is mentioned and they will not bother putting in an offer until there is a resolution. Once again, the Seller contacts the gas company, who deploys a service team, who once again, after another hour and half of testing, determines there is no leak.

I happened to bump into one of our preferred home inspectors, Michael Ayer, and mentioned the problem. He quickly suggested that tests the home, as it had been his experience that sometimes the gas company may miss things. It took some convincing on our part to have the client allow yet another test, but she made the call and Mike showed up.

After a very short period of time, Mike discovered a high rate of carbon monoxide near the heating system. He recommended that the homeowner call her plumber who does the service on the equipment and have them come out promptly. The next day the plumber discovered that there was a gas leak and that CO was leaking into the home. They made the repair.

Over the next few days our client's consistent headache and sleeplessness went away. She was slowly being poisoned in her own home. If I had not run into Mike that day, this story may have a different ending.

An inspection prior to putting the house may have prevented the loss of two potential buyers and health issues of our client.

So when looking for a home inspector, ask your agent for a recommendation. Inspectors should not be alarmists nor in a hurry. Having been through hundreds of closings, we understand the value of a professional inspector, who has the best interest of the buyer in mind at all times. Mike and Jean Ayer of Lighthouse Home Inspection Services are at the top of our list and should be on yours, if you are buying or selling a home on Cape Cod.

Don't have gas lines like that in our rural area. Only had two gas furnaces in listings after 32 years of peddling property. Every market is different huh?

Glad it got fixed. And thanks for the tip to call a plumber or HVAC person if the gas company doesn't find anything. I am surprised that the gas employees didn't suggest another specialist. Seems a little lax on their part.

I've had the opportunity to use Mike and his team on several occassions. Absloutly the BEST! 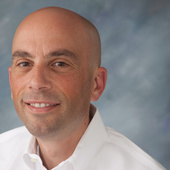