Terrific information to have on hand regarding the National Mortgage Settlement. Pie Chart depicts where funds were used and how they were applied.

Reposted with permission of the original blogger, thanks Michele!

We have talked about the National Mortgage Settlement. Twenty-six billion dollars was paid out or taken from the banks. The banks were penalized $26 billion to correct this situation that exist with foreclosures. So far of that $26 billion a little over $10 billion has been spent. Here’s how it’s been spent. Eighty-two percent of the money already spent was spent on short sales. Some did first lien modifications, some did principle reductions, some did second lien modifications, some went into a refinancing program, and there are other programs that they get involved with, But 82 cents on the dollar went to short sales. That’s the form of resolution most banks want to go to right now. Eighty-two percent of the money spent so far went to short sales. That’s the best thing for the borrower, for the neighborhood, and for the bank. Realize that. If you don't already have a plan to deal with short sales in your marketplace, it’s going to be a bigger and bigger part of the business over the next 18 months. Bank of America came right out and said we understand that better executions for a short sale mortgage services are increasing employing the short sale strategy to dispose of the homes when the borrower goes to delinquent. Because of this we anticipate the share of short sales over REO will continue to grow.

Thanks for the reblog. This is definitely good information to pass on to our clients and those who may be at risk of losing their homes 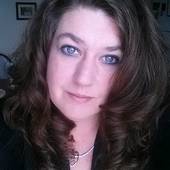 almost 9 years ago
bookmark_borderbookmark
Thousands of Views and What does Your Profile on A...
View more Recent Posts   arrow_forwards