Recently, you may have received a post card or email in regards to Mick Phalen, League City's councilman running for re-election for position #3 in Galveston County.  League City Early & Nov. 6 Election Information and Polling Locations.  Connect with Mick on Facebook.

I was able to speak with Mick about these allegations to see if he would comment on them in his own words. I find it disturbing that anyone would find it necessary to start a smear campaign of misrepresentations.  If these allegations were true why would the accuser hide behind anonymity?

These are Mick Phalen reply's to the acquisations:

··Gun range expenditure– totally false – the road to Ex-Mayor Toni Randall's father-in-law’s gun range is a City street, and, being a dirt road, is on an annual maintenance program, like all other city dirt streets – not sure the cost but the work is only filling the ruts and dust control. Absolutely false.

·Christmas party– This 13thannual City Christmas party was scheduled, and conducted by city staff, and was nothing different than any other Christmas party. This only became an issue in the mayor election between Toni and Tim Paulissen (who had support the Christmas parties before he decided he wanted to be Mayor). Because the expenditure was less than $50k, no approval by Council was necessary. Due to the uproar, Christmas parties have been discontinued – totally false

·Extended term of office- Based upon a recommendation from our Charter Review Committee, city elections were moved from May until November to attract more citizens to city elections. I voted with the majority in favor of the recommendation to add the six months toall council member terms. No charter amendment was needed.

·I voted to spend Park Dedication Fees (fees paid by developers when they plat a house) to move the tree, as opposed to paying nearly the same amount of property tax money to cut the tree down. The City has strict tree preservation ordinances which place a value on certain trees of certain size. The vote was 6-1 to move the tree using park dedication fees. Sorta true, but more like $175,000, not $280,000. – out of a developer funded account vs. a tax payer supported account

·I did vote against League City citizens paying an annual subsidy to Transit Connect (a Galveston based bus service) which transports people from southern Galveston County to League City, and back. Totally true.

·I voted in a 7-0 vote to name our first City Manager, Marcus Jahns, who resigned under intense pressure from those opposed to the new form of government. As City Manager, Mr.Jahns named all his subordinates. When Mr.Jahns resigned, I voted in a 7-0 vote to name Asst. City Manager Rich Oller the acting City Manager. I did not select the third manager, Police Chief Jez, but was part of a 6-1 vote to accept his resignation. There were many accusations leveled against Chief Jez, but never an HR complaint filed, no Civil Service complaint filed, nor any government or court action taken, Chief Jez had an iron clad contract, which he had negotiated prior to my term on council, which guaranteed one year severance pay, plus accrual vacation and sick leave.

·I did vote for Obama – in the 2010 democratic primary– in an attempt to keep Hillary Clinton out of the White House.Who would have thought that Obama would be elected in the general(I did not vote for him then).– Mostly true

·65% increase in spending– annual maintenance and operating budgets have been flat for three years, which has allowed three years of property tax rate reduction. The increase comes from an increase in our capital program, which has been planned for the past three years, and actual construction expenditures occurring in this and the next fiscal years. More than half of the capital outlay involves upgrading, and increasing storage capacity, of our water distribution system. An additional large ticket item was the much needed Public Safety facility. So, the increase in spending is a one time occurrence - - low interest rates, hungry contractors, and needed infrastructure upgrades make this increase a one time event. Debt for these increased expenditures was planned, and held within the existing property tax and water rates. These expenditures were necessary because of the years of neglect of our water, sewer, drainage, and traffic systems. 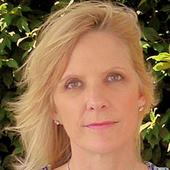 Redesign Etc in the news