Lakeside Farm is a subdivision in Lakeside Park, KY located just south of Dixie Highway at the intersetion of Turkeyfoot road. The neighborhood consists of over 80 residences on Farmington Drive, Farmdale Court, and Farmcrest Court. The development was built by the Drees company starting in the late 1980s and completed in the 1990s. Homes in Lakeside Farm range from the $240,000 range to $350,000+.

The Northern Kentucky MLS reports that there was only one sale in Lakeside Farm in 2011 at $243,500. Year to date in 2012, there have been 4 Recorded sales in Lakeside farm with the lowest being $233,180 and the highest being $325,000. The turnover in this area is fairly low and homes typically sell quickly if priced right. Since the homes were initially built in the 1980-90s many of them need updating from the traditional builder trends at that time. 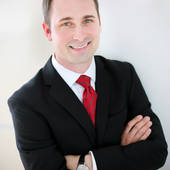