The real estate statistics for the 3rd quarter of 2012 (July through September) showed some interesting changes over the 3rd quarter of 2011. The number of homes listed during those three months dropped by 43 percent from 2011 to 2012. On the other hand, the number of homes sold during the 3rd quarter was up 52 percent, with 179 homes sold in 2012, up from 117 homes sold in 2011 during the same period of time. This indicates a reduction in inventory. The average sales price was down slightly ($219,446 in 2011 down to $207,059 in 2012) but the average days on market also dropped, meaning homes sold for little less but sold quicker than in 2011.

Click to view homes for sale in Westfield IN

Thanks for sharing your Westfield IN 3rd quarter Real Estate Report, its always interesting to see how other regions of the country are doing. 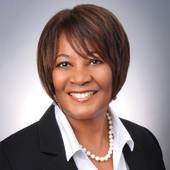