It was a bit cloudy, a little windy, and cold, well cold for Beaufort that is, a breezy 56 degrees. I was persuaded out into this chilly venture by the promise of a great school of Bass. The offer was so tempting, a so beautifully described in vivid detail that any woman with a passion for the thrill of the catch would certainly rearrange her entire day!

We had to leave at dead low tide. Which meant no motor...which meant someone was going to have to pole us to this new found treasure.... As you can see....that someone was not me:). The captain and I feel our talents are more of a supervisory nature. So as we were poled out into the Morgan River, Captain Jack and I watched the clouds pass, the pelicans swoop, the egrets play, and the dolphins splash around close to the edge of the marsh for feeding time. So he finds a suitable place to begin our invasion of this rumored school of Bass. He chose to use Mullet, I chose shrimp. The Bass chose to swim right passed us. It was an amazing sight though. Their golden bodies gracefully swam in circles. There must have been two hundred of them. None of which were even the slightest bit hungry.

We tried everything short of swimming along with them. We were quiet, we were still, we cast out in front, we cast out beside and behind. They just weren't interested. Bored at our in ability to catch anything other than the glimpse of the magnificent creatures, Captain decides to watch the pelicans instead. Pelicans are actually extremely focused birds. They knew where to find the fish much better than we did.

Captain enjoys bird watching almost as much as he enjoys the sight of the crab traps. To be such a small individual he has quite an effect on the boat each time we pass one by. It became somewhat obnoxiously evident that we were not eating Bass. So, in Beaufort when the fish don't bite....well..just go grab a few oysters. So we did. I must say, the best oysters I have eaten in years!

If being outside is your thing...You really should find your way to Beaufort South Carolina. Whether it is for the fish, the oysters, the salty air, or the slow pace of the lowcountry, you really should come on by.

I am a Beaufort Real Estate agent and I love my job. More than that, I love Beaufort. Everything about Beaufort fits me just fine. 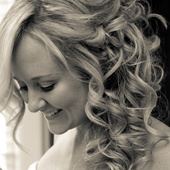