This year's theme is "Circus City USA" and the festival will last 10 days.  The main event will take place from November 1 - 6.  According to festival creator Denise Kowal, "It's going to be bigger and better than ever.  We're going to have 500 local, national and international pavement artists and about the same number of volunteers."

Kurt Wenner, the world famous creator of 3-D street art is here overseeing 20 artists from around the world bring his sprawling circus parade to life one day at a time.  Other artists at this year's festival include Melanie Stimmell, Cuba Liguido, Skip Dyrda, Vera Bugatti, Dee SaBean and Tomoteru Saito.

For this year's "Going Vertical" 18 local buildings will be adorned with some intriguing murals.  Many of these murals will remain long after the festival and give added dimension to Sarsota's reputation as a City of the Arts.  The Sarasota Chalk Festival will also feature street performances all week long including music, drama, dance, acrobatic and aerial performances.

It is estimated that last year's Sarasota Chalk Festival drew over 200,000 people.  "We've tripled attendance every year," according to Denise Kowal.  "I don't think I see that happening again, but it's going to be huge."

Who knows, the crowds just might triple again judging from the number of people already walking the streets of Historic Burns Square to see the art being created as the Circus Themed 2012 Sarasota Chalk Festival Begins! Keith, I can't see some of the photos on your post, but I really enjoyed the ones you posted of last year's chalk festival.

I'm not sure why you are unable to see them, but I am posting photos of all the completed works on my business FB page, Keith Kropp Team/J Wood Realty and you can see them there.  Please like my page while you are there.  I will also be writing another blog on the Chalk Festival with photos in the next day or so.  Thanks for your comment. 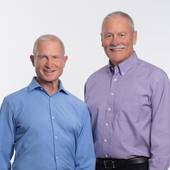