While some are strong believers and others slightly skeptical, there are a few known homes in Florida that have experienced a “haunting” series of unexplained events. Whether these homes are being plagued by paranormal activity, or are just victims of old legends and tall tales, their stories are truly appreciated during the Halloween holiday.

Right in the middle of the popular vacation spot of West Palm Beach, rests The Riddle House. This old and creepy Victorian home was once a funeral parlor, in which an employee hung himself in the attic. His ghost is said to still haunt the home, acting out against men in particular. During the many renovations (and an actual relocation of the home), workers heard the rattling of chains in the attic, their tools went missing and they were constantly arriving to the job site to find the third floor window broken. Construction actually stopped for 6 months because crew members were so terrified that many quit their jobs. Looks like even home builders Tampa Florida must beware of ghost stories.

In Marianna Florida, lives a haunted landmark with quite a history. Visitors of The Russ House have seen ghostlike figures show up in their photographs, floating objects drift down hallways and have even heard cries for help echoing throughout the home. The home’s original owner supposedly committed suicide just after the stock market crashed in 1929. Since the home is built upon an old civil war battlefield, it is also thought to be haunted by ghosts of deceased soldiers. Either way, this southern charmer seems to be haunted by spooky spirits.

Key West is said to be a hot spot for haunted attractions, one of which being The Hemingway Home. Ernest Hemingway was a talented yet troubled man, whose mentally unstable spirit is said to still live in the home. Both he and his deceased wife’s apparition have been spotted inside the home and guests have also heard Hemingway clicking away on a typewriter. His ghost also occasionally travels over to Sloppy Joe’s Bar, as it was one of his favorite hangouts. The island, and many of its hotels, bars and restaurants have undergone paranormal investigation, and it remains today as one of the most haunted locations in America.

he Stranahan House was said to be home to the very first family in Ft. Lauderdale. After experiencing financial hardships, the owner Frank Stranahan, drowned himself in the river, however his ghost did not go far. Following his death, six more family members mysteriously died in the home. Even though the house has been fully renovated more than once, shadowy figures still appear. Although most activity occurs in the third floor attic, the sound of children can also be heard laughing and playing in the empty backyard.

On the white sands of St. Pete Beach sits the massive Don CeSar Resort. Although it is a popular beach wedding venue, this pink palace is also said to be haunted by a heart-broken ghost. The original owner, Thomas Rowe, built the castle as a symbol of his undying love for Lucinda, a woman whose parents forbid her from marrying him due to religious differences. Lucinda passed away at an early age, leaving Rowe to eternally mourn her. Long after both of their deaths, he still continues to haunt the halls of the resort, searching for his lost love. Although the Don CeSar has been both a hospital and a hotel, it has always been a home to Thomas Rowe.

With Florida’s rich history, it’s no wonder it has racked up a few spine-chilling ghost stories. With so many older homes in Tampa, it would not be unheard of to find spirits lingering inside their walls. So rather than calling the Ghostbusters to fix your paranormal problem, contact Javic Homes to learn more about building a brand new custom home. From a home builders Tampa fl perspective, it’s the only way to ensure no ghosts will be haunting your home this Halloween. 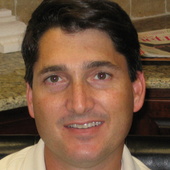