Been awhile, I know.  I just wanted to add some insight on the Denver real estate market with the delightful news from the October 30, 2012 – Denver Business Journal article “Denver home prices up 5.5% from 2011, says Case-Shiller report” by Mark Harden.  Or maybe it’s just inflated hype??  After reading the article, I got to thinking…why didn’t Mark tell us why the prices have been going up?  Is everything just peachy with the economy and housing market?  So I looked up the September 2012 Denver MLS stats for Active Listings for Residential & Condo volume and it’s DOWN 32.60% from Sept 2011.  That’s -32.60% ! !  The August to September monthly Active Listing inventory dipped -3.29%.

Simple economics & Wikipedia give us a Supply & Demand law (#4) which could be deemed appropriate for our current Denver real estate market pricing upswing:   If demand remains unchanged and supply decreases, then it leads to higher equilibrium price and lower quantity.  If we had the ability to add some more homes to the mix, the home pricing index would drop.   You can click the Money House (pic) to read the entire Denver Business Journal article.  I just felt like I was being sold too much on prices going up, up, up.  And that’s fantastic to boost enthusiasm for the consumer confidence report (which is delayed until Thursday due to Storm Sandy – “the index is projected to rise to 73.5 in October from 70.3 in September, according to economists surveyed by MarketWatch”), but is the housing market in that good of shape to digest the upcoming shadow foreclosure inventory being shelved until after the election?  From an article by Mark Lieberman, Five Star Institute Economist, DSNEWS.com (10/30/2012) :  “The number of housing units held off the market was 7,190,000, down from 7,612,000 in second quarter but up from 7,190,000 a year ago.  The number of housing units for sale in the third quarter, Census reported, was 1,476,000, down from 1,595,000 in the second quarter and 1,862,000 in third-quarter 2011.”

With all this being said, I think we should be apprehensive with all the media hype on the grand claims of rising home prices.  The other side of the coin (low housing  inventory) isn’t mentioned much as the real reason for the Denver real estate market home pricing rise.  Yes, home prices are moving up, but the housing market inventory is low and we’re still uncertain about the effect from a reported 7 million homes held off the market by the government and banks.

Enough with the words, let’s look at the pictures and stats below to clear our minds from all this reading.

Here are year-over-year price changes in the Denver area from the S&P/Case Shiller Home Prices Index report for recent months: 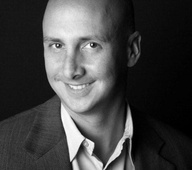