That was the title of the forwarded e-mail I received earlier today and I, being intrigued, read on.  After I read and wiped a tear from my eye, I looked at the pictures that were sent to me. These pictures were taken during the storm of Hurricane Sandy and it just has to fill you with pride and admiration of the outstanding dedication and discipline of the Soldiers who stand guard at the tomb of the Unknown Soldier.  **Correction, apparently these pictures were NOT taken during the Hurricane, non-the-less these Soldiers stand guard proudly and the point is still made that they are one dedicated bunch**  Here is the link to the article just found http://abcnews.go.com/blogs/politics/2012/10/soldiers-guard-the-tomb-of-unknowns-during-hurricane-sandy/.  Thank you Emmary  for the comment and correction :).
The tomb of the Unknown Soldier has not been left unguarded since the first Soldier from the US Army's 3rd Infantry Regiment called The Old Guard started guarding the memorial on 6 April, 1948.
I was a Soldier for 21 years and would love to believe that I had that kind of discipline...but not even close.  These Soldiers need to be honored for their sheer dedication.  I hope this fills you with pride today and thank you to whomever sent me that e-mail earlier today with these wonderful pictures.  Take time out to remember the dedicated men and women who stand guard for us all! Groups:
Bananatude
A WALK in the LIGHT~
The Lounge at Active Rain
Dedicated Bloggers
Advice for Buyers

Tags:
tomb of the unknown soldier

I took my daughter to a "changing of the guard" ceremony there once.  Truly moving as well.  And these guys have such a strict lifestyle that must be maintained while holding this position.  I stand with you in honoring them.

Hi Tammy-How funny, I was just at your post.  Anyway, they do have a very strict regimen but wow, do they honor this memorial....it's inspiring :)!

You may not believe that you could do that duty.  However, I would bet money that the discipline, hard work and honor you learned are with you and will always be.

Hi Lenn-Thanks so much for the compliment :)!

Brenda their dedication is amazing.  My two sons got to participate in that ceremony when they went to Washington with their Boy Scout Troop.  Both of them are Eagle Scouts, and the Eagle Scouts got to present the wreath that the Troop had purchased.

Hi George-That is absoltely awesome!  I bet your sons were so proudm (and their dad too)!

We watched this as it was going down on the news.... Quiet thought provoking and emotional.

you was a soldier for 21 years?

I'm sure, Brenda you are a very disciplined these days( everyone who reads your blogs can easily agree:)

While the photo you posted was not taken during Hurricane Sandy (it was taken in September), the image and the thought of those young men doing their duty in all sorts of weather situations makes my heart swell with pride.

Brenda you'd know about their dedication and committment after 21 years - thanks for YOUR service!  My brother was one of the soldiers that guarded the unknown grave many years ago. He was very proud of that.

Hi Emmary-It does make my heart swell with pride and I was told the picture was, but thank you for correcting me and I will correct the post.

Hi Anna-Your brother rocks Anna!  This is such a hard job.

Truly inspiring photos.  I saw those posted on facebook the other day. I'm glad they made their way here.  Thanks!

Hi Jon-They are really great photos that are inspiring, aren't they :)?

sending you and your family my respect and admiration.

Hi Brenda. I salute each and every veteran, who has served our country. These Marines at the Tomb of the Unknown Soldier are a Special Group of Young Men. That's a lot of discipline and dedication too.

Brenda ~ > This photo was being passed around Facebook for days.  It seemed like some were mocking it and some were proudly passing it around. The tomb of the unknown soldier and the soldiers who stand guard should be displayed with honor, only!

Oh, and thank YOU for YOUR service!! Lest we Forget! (Never in our lifetime!)

You were a soldier for 21 years???? You barely look like your over 21 years of age! My dad was an Army soldier for 20 years and he enjoyed it. I am very proud of him!

Hi Brenda, I saw the picture circulate online & of course hubby had to repost it. I believe they are allowed to leave once the wind reaches a certain speed ... I doubt any of them ever would though.

I don't think it matters during which storm the picture was taken, it doesn't change what it stands for nor how we feel about it. Their dedication is unmatched.. and, yes, I do believe that you would, too!

Hi Frank and Karen-I must have been under a rock or something lol :)!  I can't believe anyone would mock it, unbelievable!  You two are awesome :)!

Hi Andrea-I am sure they are too...but it's cool that they are so dedicated and disciplined!  I would need some serious training and a mind set change lol to do this.

I spent 2 hours this past May just sitting there and marveling at them.

Their dedication is inspiring! 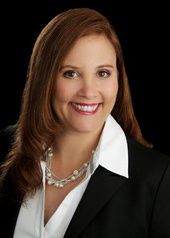