Home > Blogs > Cheryl Dickson > A penny for your thoughts...
bookmark_border

Bittersweet, Out with the old...In with the new!

Gosh it was a tough decision to sell my trusty Vulcan 1600 Classic. I LOVED that bike! It was a blast to ride, and never a single repair or expense other than maintenance. I rode it OVER 11,000 miles this summer. Had an awesome time on many rides and runs. But.... I got a SMOKIN' DEAL on it too! I was in the process of buying a used one in Rock Springs Wyoming. It had 21,000 miles on it. But after 2 weeks of the sales team JACKING me around on the deal I walked. (EXTREMELY POOR business practices really got sick of them changing the dollar amounts we had agreed to on my trade, loan, and purchase price.)

Then I found even another in Illinois. It only had 1400 miles on it. So I decided to buy that one......Well...It was a few phone calls back and forth that morning coming to agreement on terms and my trade. Apparently another salesman OVERHEARD my offer and hurried up and called one of his customers, told them what they could get the bike for. So while I was on the phone giving my Debit Card info to my salesman The OTHER salesman's customers walk in and go straight to the manager's office and BUY the bike. I hear some heated discussion between the salesmen , then my salesman says that they sold the bike while he was taking my deposit! :( So now I'm back to the one in New Mexico.....OR am I? LOL!

About an hour after I hang up from Illinois, the salesman calls me back. He said he felt so bad that we got the bike pulled out from under us that he decided to do a "LOCATE" and see if there were any others at another dealer in the USA.

HE FOUND ONE! BRAND NEW! NEVER RIDDEN OR TITLED! Now this is a BIG deal, because I ONLY wanted a 2011 FLHTCU in Cool Blue Pearl/Vivid Black. All 2011's of course are used, with miles on them. But because this one had been put on Hold for a friend at the dealership, and the deal never came together, they had put it back on the floor to sell! :)  But now the 2013's are on the floor, so this makes this one 2 model years old. They dropped the price over $5,000 dollars! I bought it for $200.00 LESS than ALL the used ones I found!!!!! It has the full 2 year Warranty that comes with all NEW Harleys AND I got them to give me an additional 3rd year warranty! :)

Soooooo...I flew to Hammond Louisiana and bought "BlUE"! It was a VERY long ride back home to Colorado, and very CHILLY!  1,727 miles ALL BY MYSELF! (I had taken some back roads so I could see some sites. so it added a couple hundred miles. (Actually I think my mouth FROZE in the cold air while I was Smiling!) Groups:
Colorful Colorado
AR My Name is Cheryl
Women And Their Business Hear The Roar
RIDERS of the RAIN! Motorcycle Group

Awesome photos and fun story to read.  Thanks for sharing on congratulations on that weight loss!  Have you seen, Take It Off in The Rain??  Great group here on Active Rain!

Cheryl - The saying about one door closing and another opening is so true.  The problem is that sometimes that door does not just close it SLAMS!!!  You hung in there and did not give up no matter what.  Way to go!!!  To the persistent goes the prize.  Thanks for the post.  Many happy days of ridding to you.

I love the new Harley.

I bet it was a cold irde with the shot of all the snow.

Good to see you back. What's with the WARNING NOTICE?

Have a great day of riding in Colorado.

It sounds like you got a heck of a deal. I envy the trip, too. I need to hit the road soon, but I do it in my Subaru.

Cheryl, way to go!!  What a gutsy event for you!!  No better place to ride than in Colorado... sorry it was so many miles to get back home!!

Thanks Cara! Yes I'm in that group, I'll be posting there soon. :)

Steve, It sure is true! It was spot on in this case.

Clint, Nachi does that to you when you retire I guess! Nice of them , Huh?! I'll take a moment and update my info. Guess they don't want anyone to think I'm still a home inspector if I don't keep paying membership dues. LOL! RETIRED, and LOVING IT!

Dan, Thank You, Yep it was alot of miles alone...Had to live up to my nickname tho! "Crazy Blonde"

Cheryl, what a beautiful Harley.  It looks like it fits you to a tee.  Hanging in there does payoff more often than not and you look so great on it.

Hi Cheryl -- nice to "see" you again -- it looks like there has been a lot of things happening in your life and I'm glad to read this post this morning.   Congratulations on the purchase, the great trip and your "loss" --- hope to see you again on AR on a regular basis.  Have a great weekend!

Hi Michael, I've been "Missing in Action" because I don't quite know where I fit in here. I'm Retired from Real Estate and Home Inspecting, so not sure what to do about AR??? I would love to still participate, and feel my past experiences may be helpful to others??? Just feel kinda"homeless" right now trying to figure out how to fit in. I may someday go back to being a Realtor, so I would like to stay in the loop! :)    Just a bit unsure of my place here. Thanks so much, really happy about my bike, and my "loss." :)

You look great, and so does the bike.  I'm very happy for you.

Cheryl this is a great story.  It just goes to show, decide what you want, stick to your guns and you'll get what you want!  I'm sure you're just waiting for spring to put some more miles on that gorgeous bike!

Thanks Laura! :) YES!!!! Spring PLEASE come fast...I've been FREEZING on my little rides to town, just can't stay off it even if it is winter.

Cheryl, I was getting cold as I read this post :)  or perhaps it is because of the low temps here.  Great looking Harley. Congrats on the new bike and the weight loss.

Thanks so much Rebecca! :) Yes it's a cold winter here too. Brrrr! 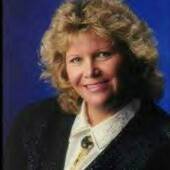 Student at the School of Hard Knocks! Enjoy sharing trials and tribulations, and learning so much from others! Love to have your comments, hope you enjoy mine!