Please make sure to go vote! You can and do make a difference! Watch the video below for some great inspiration!!! Thanks Carra Riley! Just beautiful

Celebrate Being An American as we rebuild after hurricane Sandy and the election!

We all have an important part to play and we have to decide what it is we can do to help with rebuilding our economy and the disaster after hurricane Sandy. What can we do to  "Give America A Hand"?

Deejay Johnson, one of my grade school girlfriends from Broomfiled, Colorado has written this song of inspiration, "Give America A Hand" to celebrate being an American after being on a plane on 9-11.  Can you image what must have been going through the thoughts of thousands of people in the air on the infamous day of attack on our country!  Deejay Johnson has taken that emotion and recorded a moving song and video about what makes America great!  She wrote the song and created the video with photos from real friends celebrating being an American. You will see the housing market and rebuilding in the photos.  Please watch the video and feel the love!  It makes you want to celebrate being an American!

Last week we experienced one of the most devastating storms in recent history, hurricane Sandy. People are coming together to help each other as neighbors should and this cooperative rebuilding could be setting the tone of our future!

Photographer Simos Xenakis is a friend of mine from Brooklyn, New York.  We met on Google+ and his work is amazing.  He had some incredible captures on the day after hurricane Sandy hit and the work that is ahead to rebuild is almost overwhelming.  The link to his work will have you reflecting on the rebuilding. Another storm will be over on Tuesday, November 6, 2012 after the election.  The election rage and anger that has been brewing like hurricane Sandy will finally come to an end.  We have to face the facts that there will be a winner and a loser from the election but we can all be WINNERS by embracing the victor and putting our full support as AMERICANS behind the elected candidate.

Neighborhoods on the east coast and community services are all going to have to work together to rebuild the natural disaster we have just experienced.  The same principles are going to be needed to reconstruct our nation.

All qualities that will need to be incorporated in our daily lives to rise above the horrific mess we are in financially.

Lets, take all the fear out of the politics that are out there.  Think about who directs and controls your life right now. Trust and know that you will still be directed and controlled by the same Principle that has been in effect since the beginning of time.  This is a personal decision and you control your thoughts on this one!  Take responsibility for your own thought, you are in control of your own fear.

The candidate who gets elected on November 6, 2012 needs our support and positive thoughts.  Each candidate talks about "crossing the lines" to help the American public, let's support them in doing it.  This should not be campaign rhetoric, both sides need to walk the walk, AFTER THE STORM!

You and I are the difference in America.  Let's "Give America A Hand" like he song says!  It is NOT the Republicans or the Democrats.  It is US and the way we behave.  The way we reach out, the way we help others, the way we treat the environment, the way we love one another.  The same way we have to come together "after the storm" with Sandy.  American Red Cross and Salvation Army donations are needed NOW!

Celebrate Being An American and embrace the newly elected representatives, help rebuilding of the east coast and our country with your positive actions!

Let's live: One Nation, Under God, Indivisible with Justice and Liberty for all! Let's celebrate being an American together.

Joeann ~  Thank you for sharing the love.. and the attitude of rebuilding!  It's one relationship at a time!  An you are continutally showing us the way! 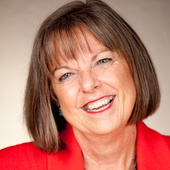