Just read a great article about for sale by owner selelrs, they are apparently more than twice as likely to get their homes sold if they use a Realtor®, rather than trying to sell their home on their own, this is according to a survey conducted by HomeGain of 400 home owners nationwide from July 31 to Aug. 10.  Seventy-three percent of the home owners surveyed said they used a Realtor®. 21 percent of those surveyed said they tried to sell their home themselves.

The survey found that 66 percent of the home owners who used a Realtor® were able to successfully sell their home compared to 30 percent of for-sale-by-owners.

This survey does support that Realtors understand the dynamics of their local market and can better assist home sellers in the pricing and preparation of their homes for sale.

Tags:
for sale by owner
selling a house

The for sale by owner has a much more difficult time getting their price and terms.

Sue, I have noticed that my buyers look upon For Sale by Owner properties as having a defect or something "just isn't right" about the property.  Combine that with the lack of knowledge on the part of the FSBO seller and you have a cocktail of uncertanty.  Generally a FSBO will Net more money on thier sale by using a Realtor(R).

Those percentages aren't bad for FSBO's with little or no experience. I think it just depends on the location of the property. My feeling is that it's not the fact that owners are trying to sell themselves, it's that they don't properly price, disclose, or communicate with agents that might have a buyer for their home. Normally, the last thing a potentila buyer or agent wants to see when showing a FSBO is the owner. Plus, I think many FSBO sellers don't know that a buyer can pay their agent, but many agents are afraid to ask their buyer for a commission in many cases.

Like
Sue Meservier
Meservier & Associates of The Bean Group - Auburn, ME 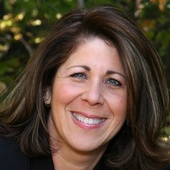 One of Maine's fastest growing real estate teams, dedicated to customer service and committed to excellence . Featuring the Maine Real Estate Newsletter, buyer and seller tips, mortgage tips, listings for sale and client materials are just some of the offering you'll find here. Check us out; You'll like what you see.
We're "Today's Real Estate Professionals, Opening New Doors"