The best real estate market in America: That's Houston, but how long will the boom times last?

On the residential side, sales are brisk, the inventory of homes for sale is lower than it has been in many years and home builders finally have started constructing new houses en masse again.

It sounds like Chamber of Commerce hype. But this time, it happens to be true: Houston has one of the best — if not the best — overall real estate markets in the country.

On the commercial side, rents are up and vacancies are down. Developers have started a bunch of new buildings. Companies that want to be located in hot areas like the Energy Corridor or The Woodlands have few options because most decent office buildings are nearly full.

It sounds like Chamber of Commerce hype. But this time, it happens to be true: Houston has one of the best — if not the best — overall real estate markets in the country.

Can anything foul it up? Of course. Houston won’t be at the top of the heap forever.

It hasn’t received a lot of attention, but home building is coming back strong in Houston.

How good? How about the best in the nation — by a long shot.

After a dry spell, builders of inexpensive starter homes have shown recent signs of life.

Just drive around the Inner Loop and you’ll see it. Neighborhoods including Bellaire, West University Place and other close-in enclaves are seeing an unbridled spate of home construction. Carpenters have jobs again.

After a dry spell, builders of inexpensive starter homes have shown recent signs of life.

"Much of the growth in new home activity has occurred in the upper price points over the last five quarters, though recently the lower price points have shown signs of growing demand," says housing consultant David Jarvis of Metrostudy.

Houston’s existing home sales are up 14 percent over last year and the inventory of homes for sale has dropped to a skinny 39,319, an 18 percent decrease from last year, according to the Houston Association of Realtors.

What could go wrong?

It’s still difficult and cumbersome to get approved for a mortgage as lenders have gone overboard with cautious underwriting. Home sales often fall through because appraisals come in below the agreed-upon sales prices, a problem when a market is rebounding quickly.

Mortgage interest rates below 4 percent have been available, the lowest rates in more than 50 years, but at some point rate increases will happen. On Capitol Hill, tax reformers continue to talk about dismantling the mortgage interest deduction, which would kick the props out from under a recovering realty industry.

Vacancy in Houston’s Class A office buildings recently dipped to 8.8 percent, the lowest vacancy rate since 2008, according to the CBRE commercial realty firm.

Sure, there are a number of new office buildings under construction. It’s scary to see so many cranes on the skyline at once. Seven office buildings broke ground in the third quarter, CBRE reported. But the developers are disciplined and no wild overbuilding is occurring, Criner says.

“We anticipate that the office market will continue to strengthen over the next two years as Houston continues to be a national leader in job creation,” says David Baker of Transwestern.

But there are still some big negatives and question marks coming up on the horizon, says Jay Wall, senior vice president of Moody Rambin Interests.

The office market sailed smoothly through some of the rough waters it faced, such as Continental Airlines abandonment of downtown Houston. But there are still some big negatives and question marks coming up on the horizon, says Jay Wall, senior vice president of Moody Rambin Interests.

Exxon Mobil and Devon Energy are expected to leave behind big blocks of vacant space in downtown, Wall says. Exxon Mobil will leave a one-million square-foot office tower at 800 Bell and Devon is a major tenant departing from the Allen Center office complex, near the Hyatt Regency.

Another potential problem is corporate buyouts. Reportedly, Anadarko and EOG Resources have been named as buyout targets recently. Mergers and acquisitions in the oil patch could be real drags on the office market, Wall says. When a big energy company buys a smaller one, they typically shed employees and empty office space.

What could go wrong?

The boom in Houston real estate blossomed because of sustained job growth that has outpaced most other cities in the nation in recent years. The city added some 90,000 new jobs over the last year alone. Energy jobs, including the white-hot shale fracking business, generated loads of commercial real estate activity in Houston. But the fracking business could be derailed or reduced, or pinched by new environmental regulations.

And consider this two-edged sword. Exxon Mobil is constructing a huge 3.25 million square foot office campus just south of The Woodlands and when the company moves there, it will leave vacate office space across the city, including two million square feet at Greenspoint, near Bush Airport. Digesting the Exxon Mobil move will be challenging, especially for Greenspoint.

Nothing last forever. What goes up, must come down. But for now, Houston can enjoy it’s time in the sun - a bright spot in the realty world.

Sayeth Mark Taylor, senior managing director of CBRE’s local operations: “Compared to the rest of the nation, it’s good to be in Houston.”

Nice post. Great info. Hope you have a super week.

Hi Mike, always enjoy viewing information on other communities.   Thanks for sharing with us. 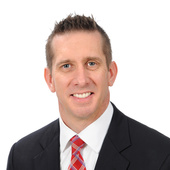