Three recent HUD cases bring to the attention of the consuming public of the need to reinfocre our anti-discrimiation laws as they pertain to housing for the disabled consumer.

HUD CHARGES OWNER, DEVELOPER AND BUILDER OF MONTANA APARTMENT
BUILDING WITH DISCRIMINATING AGAINST PERSONS WITH DISABILITIES
Stairs and other design features make 2 of 5 units inaccessible

MONTANA - The U.S. Department of Housing and Urban Development announced today that it is charging the owner, builder and developer of a five-unit Missoula, Montana, apartment building with housing discrimination for designing and constructing two of the five units in a way that makes them inaccessible to persons with disabilities. According to HUD’s charge, the two single-story units cannot be accessed without negotiating a flight of stairs.

The Fair Housing Act requires that multifamily housing structures built for first occupancy after March 13, 1991, contain accessible features for persons with disabilities. The requirements include accessible common areas, bathrooms and kitchens, as well as wider doors and environmental controls that can be reached by persons who use wheelchairs. The failure to include these features violates the Fair Housing Act.

ATLANTA - The U.S. Department of Housing and Urban Development announced today that it has reached a Conciliation Agreement with Brookside Park Limited Partnership and Peabody Properties South, LLC, the owner and management company for Brookside Park Apartments in Atlanta, and a former property manager, settling allegations that they violated the Fair Housing Act by refusing to allow a tenant with disabilities to transfer to a first-floor unit.

The Fair Housing Act makes it illegal to discriminate in the terms and conditions of rental housing based on disability. This includes refusing to make reasonable accommodations such as allowing transfers necessitated by a person's disability.

ALBUQERQUE – The U.S. Department of Housing and Urban Development (HUD) announced today that it is charging an Albuquerque, NM, landlord with violating the Fair Housing Act by refusing to allow a tenant with disabilities to modify his rental home to enable the tenant to use a wheelchair, even though the tenant agreed to pay all costs associated with making the modifications. In requesting the modifications, the tenant informed the landlord that all of the work would be performed by licensed contractors and that if the landlord wished, he would pay to return the unit to its original condition.

visit me at www.delhomefinder.com or read my blog at: www.delawarerealty.wordpress.com 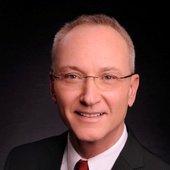