A Baton Rouge architect has used his imagination to come up with an affordable, earthquake resistant, hurricaine resistant, self-contained "green" shipping container  home for Haiti or other areas hit by disaster or living in poverty.

It all started when Darrin Badon, an architect and partner at Tipton Associates in Baton Rouge Louisiana visited Haiti for a fifth time in the fall of 2010 and saw the countless number of orphans and families still homeless following the massive 2010 earthquake. Darrin has 3 children himself, and was moved at the nearly a million people still homeless two years after the earthquake and another million who live with just terrible accommodations.  "....seeing the level of destruction, I just had a very deep desire to do something related to housing..something affordable, earthquake resistant, hurricane and tropical storm resistant", Badon says.

Each time he flew in and out of Haiti he saw thousands of shipping containers stacked up, and saw crowds of unemployed people trying to survive in the poorest country in our hemisphere, and he felt led to come up with something that would give shelter and at the same time put local people to work and give these people employment and some hope.  On the last trip there he took his 3 children and wife.

So he began to talk with others and began to have some ideas.  If he designed a home and then partnered with churches or organizations who were already working and living in Haiti, an organization could be started to build these homes.  And the organization could be run locally by Haitians to build communities, one at a time. when they saw the improvement and hope.  He envisioned small clusters of 20-25 shipping container homes forming a small close knit community.  The local Haiti church would be key partner in helping establish the location and homeowners for these new communities.  Communities organized by the Haitians themselves would provide shelter, and food, and spiritual hope to those in the community.  He began sketching out his ideas. So theearthquake resistant, hurricaine resistant, self-contained "green" shipping container  home with solar power  began to take life.    Using shipping containers that go into Haiti full but would go to waste   He knew these containers were used by the U.S. Marines in rural Afghanistan as housing since they are durable and weather resistant, Then other parts like solar panels could be shipped in from other countries initially.  He had to build a prototype to prove its feasibility, so he purchased an 8 x 8 x 20 steel shipping container in New Orleans last spring for $2300 and had it brought to Baton Rouge.  Istrouma Baptist Church which has organized several mission trips to Haiti partnered with Darrin Badon to provide the land site for construction.  Then Badon and his family, and a few other men began construction of the home they named "The Haiti House".   This affordable, earthquake resistant, hurricane resistant, self-contained "green" shipping container home was being born.

The Haiti House is constructed from the shipping container.  They cut large windows in one side and small windows in the other to create the proper air flow for ventilation

& welded on shutters and hinges provide shelter from storms and rain , and placed solar panels to connected via wiring to a gel battery that does not give off hydrogen, to provide lights and a fan to circulate air at night. The panel and batteries have a 2-3 day capacity so if the sun doesn't shine it still have enough power to last. A smaller entry door is installed inside the larger container door and insulated it with foam,, framed up the interior, and used particle board for paneling but left it unfinished so each family can create their own interior color and design or just use it unfinished. An awning can be made of steel or wood in Haiti to provide shelter while outdoors cooking.  Both charcoal and propane are abundant in Haiti. Not counting labor, a Haiti House can be built for about $5,000 in materials if you pay for the shipping container.  Haitians work for U.S. $1.50 a day. So if he could just start with $6,000, he could convert a shipping container already in Haiti and train and pay local workers and set aside 10% on each home to go into the LLC as a fund to start the next home.  Eventually the project could become self-sustaining.

So the first Haiti House will be completed this year.  Mr. Badon lived full time in his Haiti house this winter to test the home and make any changes he sees while living there. This affordable, earthquake resistant, hurricaine resistant, self-contained "green" solar home will be shipped early in 2013.

A non-profit L.L.C. is being formed and efforts are being coordinate with Global Orphan Project and other interested organizations which are established in Haiti.  Mr. Badon hopes to branch out with the assistance of other interested groups.    They want this project to be a self-sustaining endeavor, not a handout but a hand-up that the Haitians themselves are partners in.

After interviewing Mr. Badon and seeing the passion that drove him to spend months using his time on  weekends away from his family to build this Haiti House, I think the following passage from the Bible is reflective of Darrin Badon's attitude and his Haiti House:

"Now to Him who is able to do far more abundantly beyond all that we ask or think, according to the power that works within us, to Him be the glory in the church and in Christ Jesus to all generations forever and ever. Amen"  New American Standard Bible (©1995)

If you are interested in learning more about this home and the Haiti project, you may contact Darrin Badon directly at   DBadon@tipton-associates.com    Architecture/planning/interiors 225-387-0101 x16

Groups:
Out Of The Box!
Home Builders of America
Inspiration !!
POSITIVE ATTITUDE for the Weary Soul
Bananatude

I have seen this done before, still is a great idea for a inexpensive and durable home.

Hopefully more will be converted for this purpose.

That's a good observation.  I will talk with the developer.  I understand they use some tie down system sort of like they use for mobile homes here in Louisiana.  When I get an answere, I will send to you.

They are better than the cardboard and makeshift shelters many use. 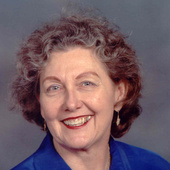