University of California San Diego is a public university located in northern La Jolla. With about 29,000 undergraduate and graduate students, it is the second-largest four-year college in San Diego County. UCSD is respected as a world leader in scientific research, and the U.S. News & World Report recently ranked it as having 8th-best public undergraduate program in the nation.

The crown jewel of UCSD is the Geisel Library, an iconic eight-story complex named for acclaimed children’s author Dr. Seuss. Students who need a break from studying can hang out at the newly-expanded Price Center, which features a variety of restaurants and other activities. Campus culture is enlivened by an array of social clubs, as well as annual traditions like the Pumpkin Drop in October and the Sun God Festival in May. Students can also play sports and catch the occasional concert at the RIMAC Field and Arena, surf and sunbathe at the beach (under a mile away), spend a night at the theater with the on-campus La Jolla Playhouse, or root for their UCSD Triton sports teams. The La Jolla Village and UTC Malls are also close by to the south and southeast. One aspect that makes UCSD unique is its division into six different residential colleges: Revelle, Muir, Marshall, Warren, Roosevelt, and Sixth. While they share the same campus, each has its own housing and a unique academic focus—from the history and literature of Revelle to the art and technology of Sixth. Students who live off-campus tend to favor the relatively cheap condos and apartments of La Jolla Village to the south. It's not uncommon for parents to buy a nearby La Jolla home for their kids, which doubles as a beautiful vacation home when they come to visit.

The university also has several affiliated programs, such as the Jacobs School of Engineering, the Scripps Institution of Oceanography and the Preuss School, a college-prep charter school. UCSD alumni often go on to hold prominent positions in scientific academia or San Diego’s prosperous tech industry.

by Gary Kent. San Diego REALTOR Gary Kent has successfully helped well over 4400 clients and their families sell their homes or other real estate throughout La Jolla and San Diego. You can find Gary on Facebook, Twitter and Google+

It looks awesome. Thanks for sharing! p.s. My daughter was accepted there among others, so we are going to tour it next week:) 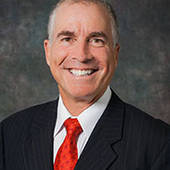