Did Ben Franklin Really Want the Turkey to Be the National Bird?

Ben Franklin was quite the guy.    Not only was he one of the founding fathers of the USA that we know and love today, but he is the person that that the town of Franklin, MA was named after. 25 years ago, when I started selling real estate in Franklin MA, and as I was familiarizing myself with the community, I stumbled upon the story of Ben Franklin and the first public library.    Now, every child that has grown up in the town of Franklin has heard the story.

Since learning it, I have delighted in telling the tale to every person that has had the pleasure of having a guided tour of the town in my car.  As we pass the town library, I begin the story.   I love to see folks eyes light up at the thought of Ben sending books instead of a bell.   You have to admit it is a pretty interesting story, right?

As legendary as that story is, Ben's thoughts on the Turkey instead of the Bald Eagle becoming a National symbol has become legendary as well.

The thought of a turkey attacking a Redcoat simply makes me smile.

To tell you the truth thought, the thought of having turkey for dinner on this coming Thursday also makes me smile.    I am grateful that he shared his thoughts with just his daughter!

Carol Ann, I never connected your town, Franklin MA, with Ben Franklin (sometimes I can be a little "thick")  Happy Thanksgiving to you, Al and your family.

Who knew it was famous Ben that the town was named after!  I followed your link and read the little story too, what an interesting twist with the books - if they didn't appreciate it at first hopefully they came to appreciate his contribution over time!

Hi Christine.   Thank you, and back at you.  I hope you have a wonderful Thanksgiving.

Hi Brenda.  The library here is a big thing.   The books are there too.   Thanks for checking it out!

I've been away from my computer with back strain- now improving! AND today I got to read this post. I had to smile, too. THANK YOU. BIG SUGGEST and a TWEET.

Carol Ann, what insight you have this morning on Ben Franklin...the keeper of good things!

Delightful and timely. When I get more time, you've piqued my interest in reading more about Ben. I'll follow the link. ;) Hope you're looking forward to a wonderful Turkey Day Cal Gal.

Now that is interesting.  Never knew his thoughts on the eagle vs. the turkey.  I am definitely sharing this over the table this Thanksgiving.

Hi Debb.   Ben Franklin was such an interesting guy!   I love every thing I learn about him! 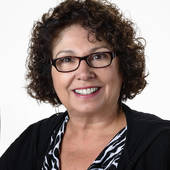