BUBBAS Sea Food Palace – All You Can Eat Today after showing homes in Bacliff, Texas, my husband and I decided to eat at BUBBAS Sea Food Palace in San Leon Texas.

It is an easy place to locate as noted on a sign on the beach. We had watched this restaurant being highlighted on the Day Tripper Show on Public TV, Channel 8. Since we were in the area we went to eat a very late lunch there. There was also an all you can eat menu and it was noted that the shrimp was the best on the coast.

The place was right on the water and it was not too cold to sit outside. The inside of the restaurant had great ambiance. The staff were ever vigil and very polite.

The restaurant had a bar and enough TV’s for the sports enthusiasts. There was a patio outside which had many table; and there were even tables out under the sky on the sandy beach front. John decided to have fried oysters, onion rings, and a fully baked potato. I went with the fish tacos. Both dishes were very delicious. With a name liek Bubba's it's got to be good!  Thanks for sharing your lunch with us Sussie! K

Thanks Kathy... it took longer to write and upload the pictures than it did to eat the food! Now when I look at the top bar it has the re-blog shaded out. Maybe it is suppose to be like that.

It was really great out there today. My husband did not want to sit on the patio so we had a wondow view. However that does not compare to being outside.

This looks like a fun place to eat and sitting by the water would make iy all the better!

Sussie, the food looks delicious.  When I first saw the onion rings on the plate, they looked like pretzels.  Hmmm... breaded and fried pretzels for lunch, huh?  LOL.

I might be talked into having lunch or dinner here... but would probably need someone to lead me blindfolded to my table, so I didn't know I was eating at a place called "Bubba's."  Oy!

Everything is bigger in TEXAS ! I love sitting by the water too! Patio sitting in TEXAS all year long! I love the sign with directions to the cities!!  Too funny!

Your are making me hungry we are having hot dogs tonight something simple! I hope all is well with you!

Richard: I would be loads of fun to take a big group there!

Karen: When you come down I will take you there.

Tracy: I thought the sign was way cute too!

Yolanda: I could eat one of those fish tacos right now.

The fish tacos look fabulous. I just love any type of fish taco. Actually I think I would eat anything, it you called it a taco. Seafood is something I really love, too. I'll bet you have some amazing seafood being on the coast.

Debbie: I love fish tacos too! I just love any kind of Mexican food! 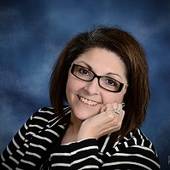