I don't like writing about negative things and happenings in my wonderful Boise area home. But I am so irritated that something like this could happen ANYWHERE, not just Boise, ID.

While the NW news channels has covered this event, I feel the need to speak to it some more. A 22 year old male from Weiser, ID at about 4:30 am last Saturday morning was ran off by security after the alert guard heard some noises near the Primate area. The police got there in seconds only to find one of our 2 monkeys laying out by the fence dying from blunt force trauma to the head and neck. Vets were rushed to him, but he succumbed to his injuries soon after. The 22 year old and another person not yet identified, didn't get caught until Monday.

This 22 year old was caught and so far is being charged with 2 Felonies, and the "friend" that was with him was not charged. Why? Because he was on the other side of the fence. I'm sorry, since when is it okay to drive the getaway car at a drive by shooting or a bank robbery and not get any charges? Hopefully the prosecuters office will change their minds. If he didn't call the police when he knew what was about to happen, he's GUILTY and responsible for what happened at least in part.

At least this 2.5 foot tall little guy got some licks in before he was beat to death. As he reported to a hospital for injuries that did not make sence to the ER doctors. Who then reported it, helping the police peice it together along with a hat left at the scene of the crime.

This community is outraged, how do you tell your kids some idiot killed one of the monkeys at the zoo. What kind of drugs makes a person do something like this? I have an idea. Was he so drunk he thought he's drop into the cage and just take a monkey home? And then found out the monkey wasn't playing? So you beat it with a big stick?

I can only hope both of these fools get the book thrown at them, yes you, the guy who didn't "enter" the cage. Whatever, your guilty. Enjoy your prison stay, with the guys who have kids that went to that zoo to see the monkeys.

Okay, my rant is complete. Thats how I see it. We will miss you little guy. And your partner already does. 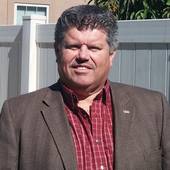 Welcome to my blog, I blog everything from local events, community, market stats, economics, listings, and opinions. Please subscribe if you enjoy my postings. Thanks!