I'm hoping this will help others in determining which cell phone service may be best in this area...

I am located in, and do most of my business in South Orange County, CA. This area mostly consists of  a series of hills and valleys. So I'm sure it's been a headache for the cell phone companies to get good coverage, since cell phone signals are (I believe) "line of sight".

In the early ‘90's I had cell phone service provided by LA Cellular, which was eventually bought out by AT&T. I was experiencing many dropped calls with both of these companies. When I got tired of calling them to report dropped calls, I tried switching to Cingular. (I believe Cingular and AT&T have merged since then.) With higher expectations, I ended up paying their early termination fee, and returned the phone.

Next I tried Sprint. The number of dropped calls was lower, but they made huge errors on my phone bill. A $400+ overcharge. After spending about 2 hours on the phone with them trying to get it corrected, I finally threw in the towel and decided to move on.

Finally, I switched to Verizon. There are still a few areas where I can expect a call to be dropped. However, Verizon has worked the best for my needs in and around South Orange County.

If you've had great reception and service from another company, I'd love to hear about it.

Jeff, good advice, as we still need our cell even driving through the mountains!

I've found AT&T to be the best service provider on the Palos Verdes Peninsula.  However, in Rolling Hills Sprint is the best in many areas.  It is always a good idea to have clients check their cell phone reception before buying a home in a particular neighborhood.

Courtney: Thanks for commenting and for the warm welcome too.

Joan: Mountains? Geez. Sketchy coverage there for sure, I would think. South Orange County is basically made up of a series of hills and valleys.

Norma: Thanks for the feedback. It is interesting how much reception varies from one area to another. I wish that we could communicate via sattellite link and have great reception on all services, in virtually all areas. 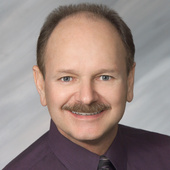