Now that we have "lit up" Ocala.   And stuffed ourselves with Thanksgiving fare. It's time to look ahead to the upcoming 2012 Ocala Christmas Parade on December 8th, 2012! The first Christmas Parade was held in the mid 1930’s and was planned by a merchant’s division of the Ocala/Marion County Chamber of Commerce. In those days the parade proceeded down Magnolia Avenue and circled the downtown square.

In the 1950’s, the Parade had grown considerably and by 1959 had 182 units – the largest number of units paraded in Ocala’s history. During the 1960’s, a number of other events were added, including the Sunshine Christmas Bowl Game, a beauty contest, square dancing and home decorating contests – all of these events became a part of what was to be known as the Sunshine Christmas Festival. If you plan on attending, get there early as the Parade attracts over 60,000 spectators from Ocala/Marion County and surrounding counties who line up along more than 2 miles of East Silver Springs Blvd in Ocala, Florida. Some of these spectators arrive as early as the Friday before the parade to “mark their spot” with lawn chairs, trucks, flatbed trailers or motor homes.

We look forward to seeing you there!

Bob - I'm sure the Ocala Christmas parade will be packed, I can't wait for ours.

That is one awesome sounding Christmas parade. We will be doing well to get 150 people in my rural area for our Parade of Lights. But it's a big deal for my rural community. The kids get to see Santa arrive and he sits on the chamber porch and talks with all the kids.

Thanks Michelle and Debbie.  They start leaving lawn chairs a couple of weeks before to reserve their place. 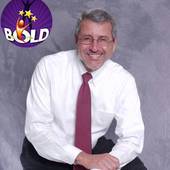