There is an old saying "Where there is a will there's a way..."  With nearly a Million Dollars raised at last year's fund Raising event "Light the Night Walk" and with over 3000 participants and growing each year,  it was with great anticipation that this year would surpass that.. but Hurricane Sandy visited the neighborhood and then some, and this wonderful fund-raising event which benefits the Leukemia and Lymphoma Society (both monetarily and spiritually) had to be postponed..The event had been held for the past 5 years at the Rye Playland, and we all know that the Boardwalk was ruined because of "Sandy"... It was rescheduled for Tuesday, November 27th, 2012 6 p.m. at the Westchester County Center not knowing that there would be inclement weather via freezing rain and snow and so it was held within the center..!   The organizers make things happen. The weather might have delayed the event, but the spirit was very much there,  and as cancer survivors  spoke of their personal experiences, the audience applauded their life battles.  There is usually an outdoor walk with colorful illuminated balloons in memory of loved ones (with family members and friends holding gold balloons) , survivors and those who are currently fighting their daily battle with a blood related disease (holding illuminated white balloons), and loved ones holding red balloons. This was, by necessity, accomplished indoors but with no less fanfare. There was food galore, love and heartfelt support permeated the room, and there was music supplied by "The Turn" (a 'returning' favorite) and Primrose Drive, new to the event.

What is this event that has been held every year for the  past 5 years? It is a way of raising money for blood related cancers, and it is hoped their goal is to break that Million Dollar Amount.

Cancer strikes most families, and Chris Meyers, the COO of Houlihan Lawrence is no exception. Having a family member who has cancer, he has been very active within the local "Chapter", and he briefly spoke at the event as the incoming 2013 Corporate Walk Chair.  Mr. Meyers was introduced by  the 2012 Corporate Walk Chair, Mr. Daniel Carlton, Regional Sales Vice President HM Insurance Group.

While the evening's event is over, it isn't too late to donate

Groups:
A WALK in the LIGHT~
Posts to Localism
POSITIVE ATTITUDE for the Weary Soul
Westchester County 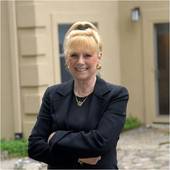