This month's stats for the Salt Lake County real estate market have been officially released, and they are interesting. Basically, October was a big month for real estate in SLC, and that's not always the case: whereas last year's October sales and listings were down compared to those of September 2011, in 2012, the reverse happened. October this year featured more real estate sales and listings than September! Let's break it down a little further.

With sales, though, the trend is clear: sales are skyrocketing! In September 2012, there were 1,128 pending sales, an increase of 10.5% over the previous year. In 2011, sales actually went down in October (probably due to the approaching winter), but in 2012, they dramatically increased: 1,266 sales pending in October 2012! That's a 30.7% increase over last year! For buyers, this means that there is a lot of competition out there for new homes, many multiple-offer situations abound, on short sales and non-short sales alike. Excluding short sales, homes only lasted on the market a median 26 days in October. The best priced homes last much less time than even that.

Because sales are growing so much more quickly than listings, the amount of inventory (homes currently on the market for sale) is very low. We're now down to less that 4,700 listings on the market at any one time. Furthermore, about 1/3 of those listings are short sales, which may or may not be currently seeking offers. As such, the market is actually smaller than even that. If no more listings came on the market, at the current rate of sales, there would only be 4.2 months supply of inventory. This is significantly down from the same number in October 2011, when there was 7.2 months of inventory. This represents a 17 year low, meaning not very much competition for home sellers.

Naturally, when demand is high and supply is low, prices increase. We have seen this timeless law of economics hold in the Salt Lake real estate market, where the median sales price is again up: homes now sell for a median price of $205,000 in Salt Lake County, and increase of 10.8% over the previous year. That's also an increase of about 5 percent from September, when prices were at a median of $196,800. In short, the huge number of sales and limited listing inventory means that buyers had to submit better offers in order to get the homes they wanted: in October, sellers received an average of 96.3% of list price, way up from the 91% they got last year. Sellers are simply netting more from selling their home than they were a year, or even a month ago. 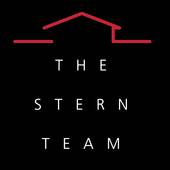