Mobile homes appeal to many people who appreciate their lower initial cost, ease of upkeep, friendliness of park living, etc. But rarely are they considered to be a true real estate investment. In fact, they are more likely to lose value than to appreciate, as stick-built homes normally do.

However, I am in the middle of a deal (representing the buyers) involving a middle-aged mobile home in a park that has received no less than SEVEN offers, most above asking price and most also all cash. We're not talking a triple-wide fantasy home worth $200,000 or more; rather, a nice but ordinary older home (built in 1981) in good condition but pretty dated and needing new carpeting.

In fact, the one stand-out quality this mobile home has is its nice view: If I had doubts about how the market has turned, this deal has helped me believe that a seller's market is developing once again--at least in Morro Bay! The sale of this home will leave several very disappointed potential buyers gnashing their teeth, and one very happy owner. This home has been on the market since August and has fallen out of escrow twice, but now it appears to be on its way to a new owner for a good price instead of languishing on the market for months.

That is indeed a pretty nice view!  Certainly part of the value of the home!  Congratulations!

That is a nice view. The lack of homes on the market is attracting multiple offers on listed property. Good luck with your sale!

I'm keeping my fingers crossed that this deal goes through for my buyers. They are so eager, and so delighted with their find. It's nice to see an upswing in the market, more excitement, more sales. Very good!

Sonsie, yeah if a mobile home is getting 7 offers, you know it's a seller's market.  No question about it.  That is a beautiful view, but without a hot market you wouldn't see 7 offers.  Any relation of Jim Conroy in Morro Bay?

The fantastic view and the hot seller's market contributed to the multiple offers on the property. I hope it makes it past closing and funding this time.

Lloyd, no, we're not related to Jim Conroy in Morro Bay. I thought the name was fairly uncommon, but now there are at least a half-dozen in our local phone book!

Lorrie, the escrow did close this time, and my buyers celebrated New Year's Eve in their new home, just about a mile to the beach.

That is a wonderful view, and no wonder this mobile home received multiple offers! 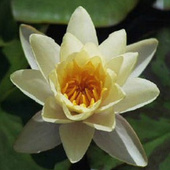 What's happening in San Luis Obispo city and county real estate, events, historical stories, and general commentary on my home town. Learn about life in San Luis Obispo, including homes for sale, market statistics, gardening, food, and everything that is fun, tasty, or beautiful here in the Middle Kingdom (which is how Sunset Magazine refers to California's Central Coast).