When complete the Spanish Moss Trail will run from the town of Port Royal SC, through the city of Beaufort SC, to the Whale Branch River and hopefully beyond. The first mile was complete Nov. 20 of this year, and runs from Depot Road to Allison Road in Beaufort. The trail is a concrete path for walking, biking, jogging and enjoying the beautiful Beaufort weather.

The project began 12 years ago as an idea from local cyclist and runners as a path built from the abandon Port Royal railroad. The railroad ran from Yamassee SC to Port Royal but was discontinued when the commercial sea port in Port Royal was closed. Beaufort Jasper Water Authority purchased the easement and has made the project possible. Once the old railroad tracks were removed, this left the perfect path for the Spanish Moss Trail.

The idea took off when Pathways Connect was formed to advocate and the county step up to fund the plan that formed Northern Beaufort County Trail Plan. Along withThe Friends of the Spanish Moss Trail board, together they have made the project take flight.

The Spanish Moss Trail is project to be a signature project in Northern Beaufort County.

EXIT Realty of Beaufort agent specializing in retirement and second homes. Expert service for Port Royal, Burton, Lady’s Island,Saint Helena Island, Dataw Island, Harbor Island, Fripp Island, and Beaufort SC. Put my local knowledge to work for you with the Beaufort SC Best Home Search. All the tools and information you will need for local real estate. Ask his customers…Cell 843-812-3487 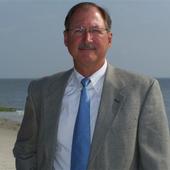