“I miss my home” was the Facebook message Liz Farrell boldly posted. Those words were on top of a photo of her home, for all of her Facebook friends to see. It was written only a few short days after Hurricane Sandy whipped her distinct and devastating effects on the East Coast. And, Liz was not alone in facing this devastation. According to figures released by the offices of New York Governor Andrew Cuomo and New Jersey Governor Chris Christie, approximately 377,000 homes in both states were damaged or destroyed by this powerful storm.

In some cases, people’s entire lives were spread across their front lawns looking more like oddly shaped sand dunes, than prized personal possessions. The aftermath of this storm made it all too clear how powerful Mother Nature can be. And those directly impacted, realized life would not return back to normal; at least not anytime soon.

Every year millions of people are affected by both human- caused and natural disasters. There are a number of factors which impact the severity of these stress reactions. The amount of exposure to the disaster, gender (woman are more vulnerable to the negative affects than men), age and level of support systems, all affect the depth of the reaction. But for everyone affected by such a sudden loss, a toll is always taken.

Mental health professionals, who study the effects of these disasters, notice a particular pattern to this type of emotional trauma. The first feelings are often of shock and terror. Then, there is a feeling of elation that you and your loved ones have survived. But this feeling of euphoria can quickly give way to feelings of depression and anxiety once the reality sets in. A lot of the emotional distress people feel after a natural disaster is triggered by a sense of loss.

The pain of loss is particularly powerful when it affects one’s home. Losing a home is a traumatic experience. It can feel like losing a limb, like the foundation of your life has been stripped away. Perhaps this is because homeownership plays such a fundamental role to our sense of belonging. Psychologist William James wrote, “A man’s Self is the sum total of all that he CAN call his.” Our homes are often experienced as an extension of ourselves. When a person owns a part of a community, it tends to foster feelings of economic security and a feeling of connectedness. For many people, owning a home represents an entire life of savings. Homes are supposed to be our safe havens. So, it’s not too hard to understand when a home is lost, how very scary this can be.

Although it’s understandably hard to see beyond one’s difficult realities, the stats are uplifting. Most people who experience home loss will become home owners again at some point in their lives. Liz Farrell, who so openly shared her feelings and pictures on Facebook, is currently renting a house in a nearby town, and is optimistic about both her future and her hometown of Long Beach, New York.

“The whole town is rallying. We may be bruised, but we’re not broken! Everyone here has a rebuild mentality,” she said.

Knowing you’re not alone and having statistics point to a brighter future can help alleviate a lot of the emotional pain. Other strategies to make coping easier are:

There definately are a lot of folks that have gone through this hardsip in the past few years. 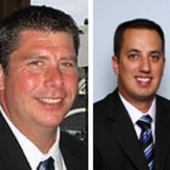