Recently, my broker and I had the pleasure of touring a gorgeous, modern-before-its-time property that housed 5 bedrooms, 6 bathrooms, a media room, and a five car garage. The panoramic view of the Gulf of Mexico, Clearwater Harbor, and Caladesi Island were stunning. The Master Bedroom Suite of this million dollar + mansion, with all its sleek and modern computer equipment, resembled something out of a space age movie. Though the house was older, we were really taken with its up-to-date amenities.

After we toured the home and took a few pictures, I decided to do my customary Open House check-in on Facebook. I like to share my experiences from the properties I visit and I know pictures can really show the value of a great property. I wanted to be sure to give the listing agent credit on Facebook by tagging him in the post, so I asked him if he was on Facebook. It didn't occur to me that he might not be on Facebook. I simply asked because I wanted to know what name to look for him under. So you can imagine my surprise when this listing agent adamantly replied, "I refuse to get on Facebook!"

Seriously? How? In this modern time of instant communication, of instant gratification, are you not utilizing social media in your business?

I thought about the homeowner and the disservice he was receiving because his real estate agent refuses to join the modern world of communication. I thought about the real estate agent and the disservice he was doing his own business by not adapting to a dynamic, technology-infused world. The sellers of this property are transitioning to a new chapter of life as "empty nesters".  There is less potential for more real estate transactions with these homeowners, but think about the potential for a long line of referrals and loyal business with their children and grandchildren. That won't happen unless the agent can provide the service they (and the current market) absolutely require.

After this perplexing open house experience, my husband and I went to see the movie "Lincoln", a film about President Abraham Lincoln, and his fight to abolish slavery. In one scene, Alexander Stephens, Vice President of the confederate states, met secretly with Lincoln and others to discuss a truce with the union. Lincoln insisted that they agree, not just to free their slaves, but to the abolishment of slavery. Jackie Earle Haley, the actor playing Stephens, wailed, "You're ruining us if you abolish slavery! You'll kill us! Our whole way of life will cease to exist." The concept was revolutionary...and many decades in the making.  You could see his panic as he imagined, not just a standard of living, but a way of life obliterated, and a generation of people absolutely terrified of the change, and what it would mean for their future.

I couldn't help but relate the big screen story of the fear of a changing world, the fear of the unknown, to the real estate agent we had encountered earlier. His "don't talk to me about Facebook" attitude sounded similar to a "don't talk to us about abolishing slavery" attitude of years ago.  Only now revolutionary changes do not take years...they're instant. I feel bad for the people that refuse to adapt to and embrace our ever-changing world, just as I felt bad for the men in the movie. These people will get left behind, and they will only end up hurting themselves. Those that do not believe "all that technology stuff" as an incredibly important way of conducting business will find themselves non-existent in their industry.

Today's property purchasers, young and old, are empowered with so much more information than previous generations of homebuyers. They have instant access through online searches and social media updates not only to property information, but information about real estate agents. As Realtors®, we must be relevant to today's buyers to find success in our industry. In the words of Saturday Night Live's Kristen Wiig, "This is happeniiiiiiing!"

You certainly make a good point for being part of the social media world, including FAcebook, dspite the shortcomings. If used correctly, it can definitely be a benefit.

I guess one question would be whether the seller wants the mention, etc on FB to begin with, Yes, not doing so may be shortsighted but listing it without permission could cause a big problem potentially, IMO.

You are correct about that, which is why I never give an address or MLS # &, if I post pictures, I am careful not to use photos with personal items.  I specialize in waterfront realty, so it's more about that type of visual. That's also why I told the listing agent what I was doing so I could promote him and his business as well as my own.

I agree that Facebook and others network are important in our business ...I also liked your comment about the movie "Lincoln"

I don't know where I would be without Facebook.  I frequently send friend requests, using great discretion, to buyers after our initial meeting.  It is an awesome way to build a relationship with your clients and really get to know them.  It makes future interactions much more comfortable when you have something to talk about that interests them!  It can also create new business from their friends when their friends see that you are engaging, interacting and truly interested in them.  Great post Jennie!

I, personally, don't really care for facebook, BUT, I've managed to reconnect with many friends from years and miles ago and have been using it more on the business side.

Side note, good scene from the movie, but much "literary license" taken. Slavery was ALREADY on the way out due to technology  and the issue was really more about politics and re-election.

But the point of the original post which is the importance of Agents staying current with technology not only for ourselves, but for the Clients that we represent! Not using facebook etc., is like the slave-owner refusing to move to newer more efficient methods rather than do the moral thing and free his slaves.

Thanks, Emilia & Trey, For your comments! Travis, You "get" me! That's exactly the point I was trying to male :-) 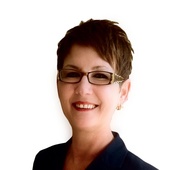