Home > Blogs > Julia Huntsman > Long Beach | Southern California
bookmark_border
At the end of 2012, depending on what happens between the political parties, there could be many expiring tax provisions that originated in the George W. Bush Administration, when 2012 was the sunset year for so many breaks.

The 2% reduction in the payroll tax for Social Security will expire, something which concerns many businesses.

Student loan interest will no longer be deductable after the first 60 months of repayment.

Have you been affected by the Alternative Minimum Tax? the exemption amounts will be lowered, affecting many more individuals (a tax that was only supposed to affect the highest income earners has been affecting more and more of the middle class). . . . Please continue to http://longbeachrealestate.blogspot.com/2012/12/the-fiscal-cliff-or-tax-breaks-that.html

Julia, great explanation, very intersting and we all need to know about fiscal cliff ... I appreciate it!

Hi Emilia, there's even more to it, all the tax ramifications are more lengthy, and are huge for many people, but for the "average" homeowner, it's likely we'll see some increase in our taxes next year. 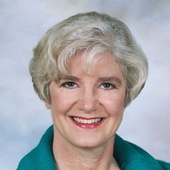