The best show on TV, Gold Rush, is about to start at 9pm on Discovery.

It's a real life show about a few different gold mining crews up in Alaska and their trials and tribulations whilst trying to strike it rich.

I've taken a lot of lessons from the show, the biggest one being that if you're not running dirt then you're not making any money. You've got to run dirt, as much as you can, and the more dirt you run through the washplant, the more money you make.

It really is as simple as that, and the beauty of the show is that you get to see all the complications and drama that hinder the only thing that matters: running dirt.

My wife hates the show, something about she doesn't want to spend Friday night watching a bunch of ugly guys moving mud around, but she's missing the finer points.

The similarities between running dirt through your washplant and running traffic through an IDX website are too many to list! I actually have a small whiteboard next to my desk that is dedicated to one message: RUN DIRT!

That message is there to remind me to put as much traffic through my IDX sites as possible.

Too many Realtors want the buying of leads to be more like a trip to the jewelry store than gold mining. They can't accept that most leads they buy are garbage and so they don't buy any at all, preferring to hand pan tiny amounts of dirt in their little prospecting pan by the river instead of running dumper truck loads of dirt through an industrial size washplant.

I could go on but the show is about to start. I wrote a short blog post comparing gold mining to shopping in a jewelry store with regards to online real estate lead generation, here's the link:

You're Mining For Gold, Not Buying Jewelry

I haven't see Gold Rush yet, but I do want to. I started watching Amish Mafia this week...no real estate reference or comparisons there.

Like
Adam Todd
LeadTrader PRO - Miami Beach, FL
Ya the capturing them is the sluice box's job, got to make sure that's working efficiently so the gold doesn't just wash away. And converting them is how good a job you do at separating the gold from the concentrate that ends up in the sluice box. I saw the first Amish mafia show and felt like the whole thing was a setup, I reckon it's one of those shows that's made to look like reality but its far from it
Like
chevron_left
Older Post
Back to Top
Newer Post
chevron_right
Rainer
18,722 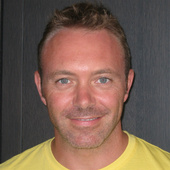 LeadTrader PRO is an easy way for agents and brokers in Miami to buy real estate leads on demand with no contracts. Buy the number of leads you want, whenever you want them.