Celebration is a master-planned community located near Walt Disney World and originally developed by The Walt Disney Company. The population was 7,427 as of the 2010 Census. Once Celebration was founded, Disney divested most of its control of the town. However, the town remains directly connected to the Walt Disney World resorts via one of it's primary streets, World Drive, which begins near the Magic Kingdom.

The town center contains shops, restaurants and other commercial establishments. The Celebration Hotel hosted the football team, the Tampa Bay Buccaneers, during training camp until the 2009 season when the team moved training camp back to Tampa Bay.

In autume, leaf-shaped confetti shoots out of lamp posts on Market Street to simulate falling leaves. During the holiday season, suds pour out of the lamp posts to replicate snow while Christmas music streams from the sidewalks.

Need ideas for visiting Celebration? Let us know, we are happy to help! 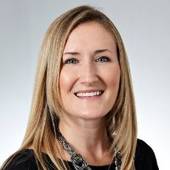