I get a call from one of my clients every other day about how "THE SKY IS FALLING". I got to a point where I explained to him that if he was so certain about this, then he should stay inside to he gets the "All Clear" signal. It was consuming to much time, but more importantly - I was being mentally drained.

I stepped back and re-evaluated what he was telling me and what he was saying. Then it hit me - ( no the sky was not falling) - he was trying to tell me that he was upset that he missed the huge market surge in the early 2000s, and was wishing that time would be turned back so he could get in low... and sell high....He missed the boat, so he was hoping that they would come back for him.

The it struck me - when I was studying and experimenting with Spread Trading - we were taught not to follow the regular investor, but to take a contrarian approach to trading....if everyone else is selling, the we should be buying because their will be plenty of deals on the market. We need to follow the industrial traders and see what they are doing...

Here is what I saw whenever news is released about our Home market being in shambles: The market drops down and then rallies back up....the normal investor will panic and sell off bringing prices down --- so we should wait and buy, then as the industrial investors pick up bottom deals and ride the rally back up.

We also learned that by the time it is news - it is too late to act. Have you ever seen a stock close at one price and open up at another --- after hours trading.

So I took what I learned, and applied it to this situation. I explained to my client that is everyone is selling their homes ( perception ) then he has the opportunity to pick up a great deal, and if he waits for news to break that the market has taken an up-turn it would be too late since the market is moving back up...I told him that Timing the market is not the best approach to take - certainly not for a first-time homebuyer. This coupled with dropping interest rates have begun to sink in.....and more importantly his fears are somewhat pacified at this time.

Share with me any other approaches that can help me help him that although we would love to buy a home at 100K-- that the OVERALL cost would be much greater than we he expects to save if we got to that point.

Show All Comments
Kirk Williams
Private Venture Capital - Everett, WA
You nailed it. These are the gool ol' days now! Value is there and rates are low. Get there before the next land rush.
Like
Jackie - computer-training-atlanta.com
770.498.7333 - Atlanta, GA
Learn to leverage technology to get more done.
I'm not quite sure what to tell your client, but I am commenting because I couldn't agree with you more.  The time to buy is now, right now.  Be realistic, get a plan, and go for it.
Like
chevron_left
Older Post
Back to Top
Newer Post
chevron_right
Rainer
15,182 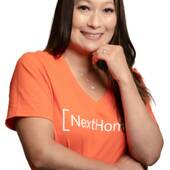