Long term lending via the Bond Market (and Mortgage Market) will be crashing in the not too distant future!  All over the world, especially in the US, the UK, Europe and Japan it costs very little to borrow money for the very long term (such as long term fixed rate mortgage loans on housing).

The flip side of that equation is the lender....mortgage lenders and other long term lenders such as pension funds.  Buyers of all types of bonds are lenders.  The small saver that lives on the interest is a lender.

Various Governments, corporations, businesses and home buying mortgage borrowers are the borrowers. Banks borrow from its savers (and the US Government in the US and elsewhere) and then turn around and lend at higher rates, earning a spread.

Right now, the US and other governments are lending money to banks at near zero interest rates.  Banks are making a huge rate of return by earning this spread! Even though mortgage rates are "low" they are no where near zero.

When this BUBBLE break who wins and who loses?

Borrowers that have locked in current rates will WIN and lenders will LOSE.  Beware of the coming crash in the bond market and the same with other long term lenders.

Those that borrow at current rates long term (not for consumption) and use the loan proceeds to buy a tangible asset (like a house) that goes up with inflation will be on the winning side of this coming crash.

Currently purchased bonds of all types will sell at pennies on the $ as the market prices readjust to reflect higher market rates.  Buying bonds are the riskiest investment that I have ever seen....including long term US Government bonds. 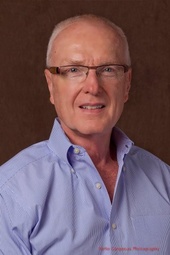