I don’t  know where the time has gone.  I just realized Christmas is a week away and that means that Poinsettia Bowl 2012 is This Week in San Diego.  Playing in this year's game are the Brigham Young University  Cougars(7-5) and our hometown San Diego State University Aztecs(9-3).  Everyone is expecting an exciting game between these two long standing rivals.

The teams arrived at their hotels on Sunday, and yesterday they enjoyed a trip to Sea World and today, Dec. 18th, they visit the San Diego Zoo.

The excitement begins at 6pm Tuesday, Dec. 18, 2012 with the Poinsettia Bowl Gaslamp March.  The marching bands, cheerleaders, and mascots from each school will march through the Gaslamp District down Fifth Ave. from opposite ends playing holiday favorites. They will meet up in the middle at Market Street for a "Battle of the Bands".  Afterwards each will continue down Fifth Ave. in the opposite direction from where they started, playing  school songs and marching tunes.  This high energy show-down  attracts thousands of cheering fans and spectators.

On Wednesday afternoon, Dec. 19, 2012, 1000 fans can join the teams for lunch on the USS Midway. It starts at 11am with another "Battle of the Bands" on the flight deck and is followed by lunch with the teams at 12n.

The 8th Annual Poinsettia Bowl takes place on Thursday,   Dec. 20, 2012 at Qualcomm Stadium. Kick-off is at 5pm Pacific and the game will be televised on ESPN.  Tickets are still available and $1.00 from each ticket will be donated to the Make-A-Wish Foundation.

Football teams enjoy coming to San Diego for bowl games in December because they are usually greeted with sunny 70 degree weather and bright blue skies. That's not the case this week as the skies are gray and the weather is chilly and rainy. Someone please CUE THE WEATHER!

Tis the season for excitement to fill the air with the Poinsettia Bowl 2012 This Week in San Diego!   With so much going on not sure we'll be able to do much football watching but who knows... Maybe we will catch some. 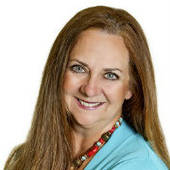