The news is full of stories about the looming fiscal cliff and what it may do to our economy, our businesses, and our personal lives but many of us don’t even know what the so-called ‘fiscal cliff’ actually means and how it can impact us.   Allow me to cut through the confusion and give you an understanding of what the issues are and how they may, or may not affect you.

Let’s start with ‘What is the Fiscal Cliff’?

The term ‘Fiscal Cliff’ is a popular shorthand term used to describe the possible adverse impacts on the economy from a number of existing laws taking effect.  The fiscal cliff is made up of two parts.

The first part consists of the scheduled expiration dates of various tax breaks which include tax cuts enacted in 2001 and 2003 under President George W. Bush, the payroll tax holiday enacted under President Obama and an array of other tax breaks.  These tax breaks were designed to put more money into the hands of the consumer which would parlay into more spending thus creating more jobs thereby strengthening the economy.  The designated tax breaks are set to expire at midnight, December 31, 2012.

What are the effects if the present laws remain unchanged?

A Wall Street Journal article dated May 16, 2012 citing a J.P. Morgan study estimates the following impact as viewed in dollar and cents.  $280 billion dollars will be extracted from the economy effective January 2, 2013 pursuant to the implementation of the scheduled tax cuts, $125 million dollars from the expiration of the Obama payroll-tax holiday; $40 million dollars from the expiration of emergency unemployment benefits; and $98 billion dollars from The Budget Control Act spending cuts.  In all, the increase of taxes and spending cuts add up to about 3.5% of the GDP, half of which are derived from the Bush tax cuts.   According to the Congressional Budget Office, this would reduce the overall deficit by an estimated $560 billion dollars, but the vast severity of the cuts could send our economy into a recession resulting in the loss of nearly two million jobs.

Do these effects justify a change to the current laws?

This is the subject of the heated debate occurring in Congress right now.  While no one wants to pay more in taxes, we cannot continue to spend more than we earn without facing serious consequences.   In order for survival we have a responsibility to bring our budget under control, if not for ourselves then for our children and grandchildren who will inherit our fiscal mismanagement.  Therefore, something must be done to protect the long term.

However, the impact on the economy from a renewed recession cannot be ignored.  This has led to extensive talks both inside and outside of Congress to extend the tax cuts and replace the reductions in spending with more targeted cutbacks.  Since both parties agree that the Bush-era tax cuts should be extended for the vast majority of Americans, we may notice more money missing from our paychecks.  However, it is unlikely that we will suffer any long term negative impact as the spending cuts will not occur all at once.   They are scheduled to be phased in gradually over a decade.

To some degree, our Government now stands at a crossroad where action is needed.  If we do nothing, then we risk the repercussions of a renewed recession.  Yet, if we choose the easy fix by administering band-aids, we continue to undermine our economy by continuing on the same course of irrational logic that has lead us to the position we are in today.   Any change to the existing laws will likely increase the deficit by either reducing income or increasing spending.   Maintaining the status quo should not be an acceptable solution.  We must increase income while decreasing spending.  The challenge to our lawmakers is no different from the challenge we face each month with our own household budgets.  The test of their leadership will be whether they can work together to make the necessary changes for the sake of our nation.

The information presented in this Article is not to be taken as legal advice.  Every person’s situation is different.  If you are upside-down on your mortgage or facing a lender lawsuit,  get competent legal advice in your State immediately so that you can determine which options are best for you. 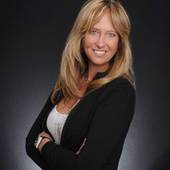 Survived the mortgage meltdown and live to teach others how to buy and sell in the "move up" market in California.