Mannheim Steamroller has been blessing the world with their beautiful music since the early 1980's.  They have performed on numerous talk shows, performed for heads of countries and small children.  They have even won Grammy Awards.  On Christmas Eve I had the honor of attending a performance at the Palazzo Hotel in Las Vegas with my Dad and boyfriend.  It was not only a musical treat of holiday music it included visual delights such as aerial acts, acrobats and dancers.  I highly recommend it.  The Palazzo is a beautiful hotel that hosted the Orchestra of which you definitely want to see.  The theater the program is held in is excellent.  There is not a bad seat in the house; small enough to see everything and large enough to handle the impressive power of the music.  EXCELLENTE!

The production runs through December 30th, 2012 so you still have time to share in the holiday music with your friends and family.  Locals get a discount on tickets so make sure to mention you live in Vegas.  Good times!

Christin - I love their music.  Maybe next year I will get to see them.   Thanks for sharing.

I have always loved them, wish I had made it to Vegas during the holiday season!  Nice Blog 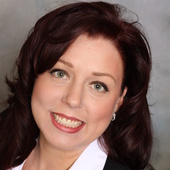