The current location of Dad’s Garage in Inman Park was sold to a developer this December.  For those of you who have not had the pleasure of experiencing a show at Dad’s Garage, you are missing out.  Since 1995, Dad’s Garage has been a great theater to see plays and improv. Personally, I’ve seen many plays there myself and hate to see it go.  It has been stated that plays and other shows will still be featured at this theater up until the developer breaks ground.

I sent artistic director Kevin Gillese an email request for an update, and his reply is worth quoting in detail:

As of today, the entirety of 280 Elizabeth St. is under contract with South City Partners/JPX Works. They're looking to turn the property into a mixed-use space and hope to close the deal as early as December of this year, which means the possibility of them breaking ground as early as April of 2013. While there are still a few approvals needed from the city, our Inman Park neighbors have recently voted for the project and there seems to be a high likelihood that everything will continue to move forward.

The article can be viewed in full here.

Since this article was written in September 2012, this deal has officially gone through and the new development looks like it is moving forward as planned.

The new mixed-use development will consist of 205 Class A apartments and 39,000 square feet of restaurant and retail space.  Within the past two years there has been an explosion of growth in Inman Park resulting in great new eateries like Barcelona and boutique shops like Nandina. This photo is from the current listing for commercial retail space on loopnet.com

How will these new apartments affect Inman Park?  I can tell you that I have seen an increase in traffic over the past couple of years and certainly rush hour traffic has increased, especially traveling down Highland Ave towards the city.  This new complex will certainly add to that congestion.

However, it will also help grow the neighborhood for the better as well.  With continued popularity and growth, home values can be expected to rise in the area.  Some will argue that apartments bring down values in a neighborhood, and I would agree in many instances. However, with the location of these apartments being in the heart of a mini-downtown Inman Park, I don’t believe it brings down any values in the surrounding neighborhood.  In fact, the renters who will initially occupy these apartments will likely be a great source as potential future homeowners who would like to stay in the area when they are ready to purchase.  That increased demand will drive up values in the long run. 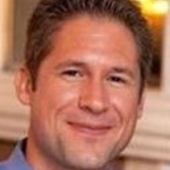