Could be, says J.P. Morgan analysts.  Standard & Poor's estimates a positive 5% rise scenario as well.  This prediction from strategist, John Sim at J.P. Morgan, comes after a rise in the net demand for housing in 2012. Net demand is configured by subtracting the current for sale inventory from the rate of existing home sales.

Of course, the uncertainty of the economy and the current negotiations in Congress could adversely affect a bullish home buyer's confidence and those of the industries investors.  Rising taxes could reduce the available income for potential home buyers.  Also, the uncertainty of another onslaught of foreclosures released in the housing market still exists.

Even so, across the board, the expectations for higher home prices 2013 remain constant.  J.P. Morgan's polling reveals that over three quarters of investors questioned still expect home prices to rise at least by 5% in 2013.

That is a very respectiable jump in home prices.  I wish you a continued increase in the next year.

Thanks Tim!  And to you a prosperous New Year!  Blessings! 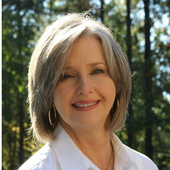