I asked Ramsey Su if he'd mind me re-posting the below from his Acting Man web site as I think it is of interest to real estate agents. It follows on from some of the issues I identified as manipulating the Las Vegas real estate market in an earlier post.

What are your thoughts on the below?

What is the Hidden Housing Subsidy? This is a subsidy that is available to all borrowers that have no economic reason to own their home anymore. The subsidy consists basically of free housing. The subsidy can begin at any time, by simply not making any more payments to the lenders, and in most cases, the local property tax collector. There is no application, no processing and no approval required, one just stops paying.

Once you stop making payments, all kinds of good things happen. You will receive phone calls, letters, and emails from all types of agencies offering to help you lower your payments, modify your loan, or even pay you agree to a short sale of your home. This process will take a long time and you won't have to worry about paying that mortgage anymore.

I first wrote about this hidden subsidy back in April of 2009:

Hope Now reported for April 2009, there were 2.98 million mortgages that were 60 Days+ delinquent and 249,000 in the foreclosure process. There are probably at least half a million that are less than 60 days delinquent. All together, I estimate that 4 million households currently have no housing expenses…

… Assuming the average housing expense (mortgage, tax, insurance, HOA dues etc.) is between $1000 to $2000 per month, the actual subsidy to this select group is $4 billion to $8 billion per month, or $48 billion to $96 billion per annum. The delinquency to eviction time line easily exceeds a year in most states, in some it takes a lot longer. For households with a $200,000 mortgage, this subsidy can amount to over $30,000, far exceeding the $1,200 tax stimulus or the $250 social security stimulus.

Fast forward to today, LPS just released their "First Look" Mortgage Report for November. 5,350,000 households are receiving a free housing subsidy today. Out of the 5- plus million, only 1.7 million are actually in foreclosure, the rest still have many months of free housing ahead.

The hidden housing subsidy is higher today than it was in 2009, and that is after monumental intervention efforts in the form of QEs, HAMPs and HARPs. The cumulative amount of this subsidy could easily exceed $500 billion since the bursting of the sub-prime bubble.

There are many unanswered questions pertaining to the hidden housing subsidy.

How much does the subsidy contribute to the economy?

The subsidy can be as much as $100 billion per annum and may continue indefinitely. This is not insignificant. By way of comparison, consider how fast the food stamps (SNAP) program has been growing: it only topped $70 billion this year, as 47.7 million persons are now participating in the program.

I know of no study that tracks the recipients and what they did, or are doing with the subsidy. Ever since the start of this default wave over five years ago, there have been at least five million loans that have gone through the full foreclosure or short sale process. What percentage of the subsidy was saved, or is being saved? What percentage of the subsidized are living off the subsidy by necessity? Combined with the benefits of lower mortgage payments resulting from the QE operations, how much of this so-called housing recovery has been "purchased" by policy makers?

Who is paying for the subsidy?

During the early years after sub-prime bubble burst, the big bad banks were taking the losses, but the government quickly stepped in and repaid them with free TARP money. Losses continued to mount as agency loans were put back to the originators, but that has also slowed. The lenders no longer carry the risk. Loans today are carefully packaged so they are agency conforming, even if they are not immediately passed through. The risks are now shifted to Freddie, Fannie or to the FHA. In other words, the hidden housing subsidy is really a hidden liability of taxpayers.

What are the tax consequences of this subsidy?

Before the end of 2012, the subsidy was tax free for most recipients. If the Mortgage Forgiveness Debt Relief Act is not extended, the tax burden may become financially crippling. Many households could see their negative equity deteriorate to negative net worth with a big tax bill from Uncle Sam.

Finally, what should be the correct policy to deal with this subsidy?

At the moment, this subsidy is a built-in component of financing. Allow me to explain. Say that you have purchased a home and it has not appreciated in price. Now you don't want to own the home anymore, but if the net proceeds are inadequate to cover the debt and expenses, one of your easiest options is to stop paying and let the servicers worry about how to help you, while you enjoy free housing. This is your contractual privilege, not something you have to beg for. Is this a good policy? Who in their right mind, except Bernanke, would want to own these loans?

While the bulls can continue to look at short-sighted non-indicators such as Case Shiller or low for sale inventory, I will only be convinced if the underlying foundation finally moves on to firm footings. 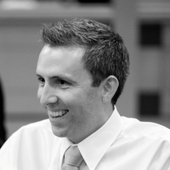