Lubbock Tx Real Estate is looking bright for 2013!  A recent article lets us know that we have a growth rate of 5.3% and that makes Lubbock TX the 31st fastest growing metropolitan area in the US.  The question is...........are we ready for a growth spurt.........call me to sell your home and let's find out!

I came across this article the other day and wanted to share it with you.  This is great news for Lubbock!  Now is a great time to buy or sell real estate.  If you have Real Estate needs, call me today!

LUBBOCK, TX (KCBD) A study released this week by Pitney Bowes Software projects that Lubbock will expand by 5,700 households from 2012 to 2017, a growth rate of 5.3%.
That makes Lubbock the 31st fastest growing metropolitan area in the US, and at this rate Lubbock will be the size of Plano in about 18 years. But is Lubbock prepared for a population boom?
Over the next few days we will be breaking down the numbers, from schools to infrastructure to home construction. Today we begin with the housing sector, and for them a Lubbock population boom is a great thing.
"The last few years with the recession it has kind of been down, but now we're really looking forward to a lot of growth and we're feeling it right now. Permits are up and there's a lot of activity going on," said Trey Strong, President of the West Texas Home Builders Association.
Right now, he says, there aren't enough homes being built in Lubbock to handle that sort of population increase.
"Most builders have pulled back the reins on building speculative houses, and I think it's more ramping up now and we're seeing a lot more activity," he said.
Debora Perez-Ruiz is the 2012 President of the Lubbock Realtors Association. She says that all Real Estate is supply and demand. When the number of houses available is high but no one wants to buy them prices are low, much like they have seen during the recession. On the other hand, when there are a lot of people who want to buy a home and not that many for sale prices increase, and that's what Debora predicts will happen in the future.
"We average about a 2% to 3% increase in appreciation a year right now, so it could easily be 5% to 10% increase in appreciation depending on the demand that we actually see," said Perez-Ruiz.
The appreciation she is referring to is the increase in the value of a home from one year to the next, and with possible 10% increases a year on the horizon, Lubbock could become a seller's market.
"We haven't seen that in at least 3 to 4 years," she said.
Both Perez-Ruiz and Strong expect most of the expansion to be south and southwest of Lubbock, and with 5,700 projected homeowners on their way to the Hub City, the future of the housing business is looking bright.

Elizabeth! Great to see you posting again! I have missed you! Merry Christmas and Happy New Year!

Elizabeth, Sounds like it's going to be a great 2013 for home sales in Texas !

Thank you Sussie, I do enjoy being on the Rain and always nice to see friends!  Happy New Year and Merry Christmas to you too!

Christine, thanks for your comments, hope you will have a great year too! 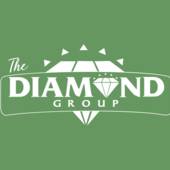 'The Diamond Group' 'A Cut Above The Rest'