Keeping the Wall Street boys happy with another 50basis point rate cut is next to a done deal... but at what cost?  It's no secret that I am "hawkish" in terms of sound fiscal policy and natural consequences, so take this for what it's worth...

The cost of more rate cuts:

...Imported goods will become more expensive:  China and Asia's economy will suffer, fewer dollars to be spent supporting our bond market (once again, not good for our mortgage rates).

...Inflation:  the genie is almost all the way out of the bottle at this point, it won't be pretty at all.

...The piper must be paid: natural unwinding (imploding of unsound companies) will be delayed which will result in bigger financial crisis.  The bond insurers are next to go down, Commercial CDO's are going to take a huge hit, and the ratings agencies are going to face lawsuits like you wouldn't believe.

Pay the piper now, or pay him later...we keep swimming further and further from safety.  Please don't mistake my pragmatism for an economic death wish.  No one wants disaster, I just don't think we can avoid it with the measures that our government is currently taking.

Groups:
All About Mortgages/Mortgage Networking

Rich.... I totally agree. So many think that when Fed's cut rate, that interest rates go much lower. Sure, they did for one day. But as you stated, it shows a weaken dollar, a weak economy, which can also hurt the bonds. It can be a catch 22 and I truly believe that we are heading for worst days if we keep lowering rates.  Sure, it will bring a little more money into the economy right now, especially with loan limits changing, but that band aide will fall off sooner than later. Mortgage Interest Rates - Up or Down?

WOW... lets hope this is the last we see of these cuts... I don't know that we can endure much more...

Mike and Rick...have you guys seen my Prozac laying around somewhere?  This is a bit depressing.  Even more depressing is giving potential clients the "real" news that mortgage rates didn't get cut by 1/2 pt!

I'm actually angry at Ben.  I lost respect for Bernanke back in September.  He is spineless and completely pumped and stuffed by the Wall Street guys.

Ok...this is booootiful.  I got a voicemail last evening from a Realtor in Seattle BLASTING me on this post.  At least she had the schnikees to call me instead of write an anonymous blog reply...

"You just don't get it do you?  We need all the help we can get and even if it isn't really helpful, the fed cut will help buyers to get buying and unclog this mess.  I don't care about reality, I care about my reality and having to pay the bills!"  It went on and on.

Well...I do care about reality.  My own personal "reality" is important too, but like most "conservatives" (even though I'll probably vote for Obama) I see the big picture and am able to weight the big picture more heavily than my own rice bowl.

We are practicing instant gratification on a national economic scale and the latest blurb about loan limit increases will add another bucket of petrol onto the fire.

Rich.... you just sparked me to write a quick post on this. Some people just don't get it.  If keep dipping into the market with lower rates, just to free up even more spending, it will come back to bite us. Some say that it will repeat in another 15 to 20 years. I disagree, because of this mess and the economy, I see a sea saw affect for the next 5 to 8 years. Just in regards to foreclosures alone, will hurt everyone. There will be way too much supply, but not enough demand to pick up the supply. And lenders / investors will be holding the bag, passing it back to us and the economy. A quick band aide in my opinion will only curb fears, not our problem.

Rich... not sure if the same person commented in this blog?  Read the comment above my last comment. They left no name. A Simple Idea  And I think I added some to what you were talking about and in regards to the so-called disturbing e-mail that you received.  Market Concerns -- Robbing Peter to pay Paul???

I would have to disagree with you,  Back in August of last year there were few of us that felt rates had to be cut.  I believe I was the only radical person who stated that they should be cut by 1.5 to 2 percent by Yearend and another 2 % soon after.  You see, I am a firm believer that it was the fed that caused the problems we have today.  They raised the rates in such a short period of time that anyone who took out a mortgage in the prior 7 years was affected.  They need to bring the paymnents back down to a level were people can again afford to make their payments and then keep rates at that level for a year or so before they slowly raise rates over a 5 to 7 year period of time.  While other programs like FHASecure was a political bandaid, lowering the rates will eventually be the real solution.  Remember,  It will take a year or 2 before the subprime mortgages adjust downward to a reasonable level. Most of them adjust every 6 months at 1% each adjustment.

Think for a moment...

June of this year will be about the time when most subprime mortgage loans will have adjusted downward for the second time.  It is also the time were the President wants to have the stimulus check to start being distributed.  Is the government trying to make it seem that their package is working?  maybe so.

This is not old time economics,  People that look at inflation numbers, oil prices .... are barking up the wrong tree....I think even Greenspan would agree at this point.

John, I am curious as to what you think "old time" economics is?  We are in a Global economy that doesn't play by the same rules that we do.  The only strength we have is being a global repository for "safe money."

When we sacrifice "dollar strength" for short term growth numbers, we are going to be screwed.  Our bond market is floated by foreign money...40% of mortgage backed securities are bought by foreign investors because of perceived quality.

Who is going to buy bonds and mortgage backed securities with the currency those bonds are pegged to is worth pennies of its former self.

Rich the train has already left the station...the Fed thinks that pumping more money into the economy at this stage of the game will ease things they better smell the coffee? How does uncle Ben think that this quick fix is going to take care of the massive insolvency's with borrowers, mortgage lenders, banking institutions and bond insurers like Ambac and MBIA who have just reported massive write-downs! and are on the watch list of the rating agencies. The only thing that is going to fix this macro meltdown is father time my friends and that is no guarantee of a quick resolution.

I think that it just might be the case that the fix we needed was to lower the adjustable rates for people that took out adjustable rate mortgages...but at the same time....not to lower rates on new spending to help the economy heal itself by allowing the sub-prime and conforming customers to be able to breath again.

Yeah, I've done the regression analysis stuff years ago when I actually thought you could predict what was happening.  Yeah,  I've also use to track the price of a dollar and other statistical indicators - they are only numbers and they only predict what you are looking for - heck  - when they don't you just add a different factor into the equation to get the results you want.  I believe that if you take a step back and try to view our economy and try to vision what our government is trying to accomplish over the long run you should be able to figure out were things are going to go. It takes years for changes to occur.  Looking at the price of a dollar is looking at part of a process that is occurring to achieve a long term goal.

I love your thinking...seriously, you are the kind of intelligent mortgage guy that I can disagree with and STILL respect their opinion!  I do thoughtfully consider the things you write and I make no claims on my grasp of the mysterious global economy.

Remember what happened to our 30 year fixed pricing last June when New Zealand of all factors adjusted their prime lending rate?  We tanked!  How in the "world" can we really put all the wacky variables into our mix and predict anything.

One thing that I have been considering more and more is the "Asian" mindset that is much more "craps" oriented (forgive the pun) than European investors...what I mean to say is they are more gamblers than they are safety seekers and as a result are much more likely to put their money in higher yield instruments.  We'll see how it pans out, not sure if it is accurate or not. 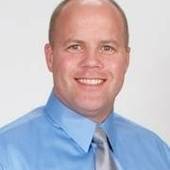