As part of the American Taxpayer Relief Act of 2012, or the "fiscal cliff" bill, passed by Congress on Jan. 1, a one-year extension has been approved for the Mortgage Forgiveness Debt Relief Act (the "Act").

Created in 2007, the Act has provided homeowners a tax exemption when they obtain debt forgiveness on a primary residence. Prior to the Act, homeowners were taxed on the forgiven debt, known as debt discharge income. Any debt forgiven by a lender is usually considered income and is taxed by the federal government. For example, a person selling his or her home for $100,000 below the amount owed would have $100,000 in additional taxable income. However, the Act ensures that debt forgiven by a lender in a short sale, foreclosure or loan modification of a primary residence is exempt from federal taxes.

"As the debate over the 'fiscal cliff' loomed, the real estate and banking industries waited anxiously, as the ending of the Mortgage Forgiveness Debt Relief Act would have signaled a harmful blow to the real estate industry. Without the Act's relief, many homeowners might have elected to walk away from their home, forcing the bank to foreclose. With the extension of the Act, homeowners across the country can continue to seek debt relief through a short sale without any tax liability whatsoever," said Benjamin L. Dash, co-founding partner of the Moorestown, N.J.-based law firm Dash Farrow, LLP, which handles hundreds of foreclosures and short sales each year.

The Mortgage Forgiveness Debt Relief Act is now set to expire on January 1, 2014 and only applies to a primary residence.

Michael, this is great news for distressed property owners.  I am glad to see it extended through 2013, I just wish they had extended it through 2014.  I do not believe we will see an end to the excessive foreclosures this year! 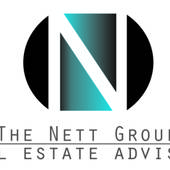