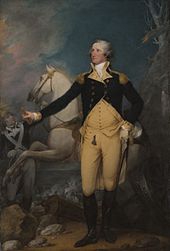 If you’ve read my www.ActiveRain.com/Results blog, you know one of the pastimes I enjoy is learning new facts from history. items have nothing to do with my real estate business, it just adds fun and joy to life.

What happened on January 7?

1782 - The Bank of North America opened in Philadelphia. It was the first commercial bank in the United States.

1789 - Americans voted for the electors that would choose George Washington to be the first U.S. president (the beginning of the Electoral College). 1927 - Transatlantic telephone service Service began between New York and London. 31 calls were made on this first day.

Here is a special bonus item tied to Silicon Valley, Calif., which could arguably be the most important, interesting item that happened on January 7th – in 2010 Apple unveiled the iPad.

Thank you for checking out my blog post. You may want to read my blog at www.activerain.com/results for more fun facts on history, real estate, home, life and other topics.

I hope you enjoyed learning about these 7 Important Interesting Items That Occurred on January 7.

Looks like I'm going to backtrack and look up some of these events, so I can post about it later, thanks

Good morning Michelle. No matter how much trivia and history you know, you can't know it all. Thanks! Enjoy your day!

Hello Michelle - in a previous career I met the woman who updated the Fannie Farmer Cookbook - Marion Cunningham.  Not to be confused with Marion Ross who played Richie Cunningham's mom on the television show Happy Days.