Even a cursory understanding of the cultural, political, geographical, and ecological dynamics of Washington state suggests that it is a highly diverse place. This diversity applies to Washington's real estate market as well.

Western Washington has the luxury of being in proximity to many lakes, rivers, Puget Sound, and even the mighty Pacific Ocean itself. This, combined with its strong and diverse economy and dense urban centers, means that real estate prices in Western Washington lie above the national average.

Eastern Washington, on the other hand, is dominated by agriculture, scrubland, and low-density settlements. The average plot size skyrockets as soon as you move East of the Cascades, and housing prices are much lower across the board.

The purpose of this blog post is to examine the most and least expensive cities in Washington state to buy housing in. Hope you find it to be educational! The following cities have the highest median home values in Washington state for those with populations over 10,000. Note that they are all arrayed around Seattle; the wealth of Seattle's tech, aerospace, and medicine centric business give commuters the option to buy large and expensive houses in the suburbs.

Point of interest: Kirkland is the headquarters of international warehouse chain Costco; their “Kirkland Signature” brand was inspired by the city.

Point of interest: Bellevue was incorporated a whopping 84 years after it was founded. The completion of the Lake Washington Floating Bridge in 1940 was what helped Bellevue transform from a rural community into the densely-populated urban center it is today.

Point of interest: Bainbridge Island lies on an island of the same name which is situated in the center of Puget Sound. It is connected to the rest of Washington by a single road, WA-305, and a 30 minute ferry ride to downtown Seattle.

Point of interest: Forbes ranked Sammamish 1st in its 2012 list of “America’s Friendliest Towns” based off its low crime rate, high employment and home ownership rates, good schools, and friendly disposition of its residents.

Point of interest: Mercer Island (the city) is confined to Mercer Island (the island). This six and a half square mile piece of land is completely surrounded by Lake Washington and is only connected to the mainland by the interstate highway I-90. Point of interest: Forbes included Longview on its list of “America’s Prettiest Towns” in 2012, citing how this Cowlitz County treasure has managed to hold on to its lumber town feel and the beauty of Lake Sacajawea Park.

Point of interest: The remains of a 9,300 year old man, dubbed the “Kennewick Man,” were discovered in this small city along the bank of the Columbia River.

Point of interest: Aberdeen is the home port of the Lady Washington, a reproduction of an 18th century sloop that was the first American ship to go around the southern tip of South America.

Point of interest: Sunnyside hosts the “Lighted Farm Implement Parade” in or around early December every year. This event usually includes dozens of grape pickers, combines, tractors, sprayers, and boom trucks, all decorated with Christmas lights.

Point of interest: Grandview is home to a large Hispanic population; close to 80% of the people living there are described as “Hispanic or Latino of any race.”

Connect with Andy on Google Plus! 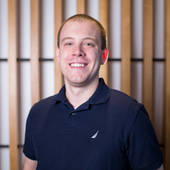